TEL AVIV, Israel — Medical cannabis oil could become a new treatment for patients with autism, according to a new study. Researchers at Tel Aviv University say it successfully improved behavioral and biochemical symptoms among animals with the condition.

Autism is a neurodevelopmental disease which generally leads to social deficiencies and compulsive behavior. Estimates show that one in 44 children in the United States have the condition and previous studies point to that number skyrocketing over the last two decades. These cases can range from mild to severe, with the cause of autism being either genetic or environmental.

Study authors say about one percent of all autism cases are due to a mutation in the Shank3 gene. Instead of examining humans, the team decided to first study animals with this mutation — seeing how they react to receiving medicinal cannabis oil.

“We saw that cannabis oil has a favorable effect on compulsive and anxious behaviors in model animals,” says study author Shani Poleg in a university release. “According to the prevailing theory, autism involves over arousal of the brain which causes compulsive behavior. In the lab, in addition to the behavioral results, we saw a significant decrease in the concentration of the arousing neurotransmitter glutamate in the spinal fluid – which can explain the reduction in behavioral symptoms.”

THC is the key

Researchers add that what makes cannabis oil so effective at easing the symptoms of autism is THC — the main psychoactive ingredient in marijuana. THC (or Tetrahydrocannabinol) is what gives recreational users the well-known “high” feeling. 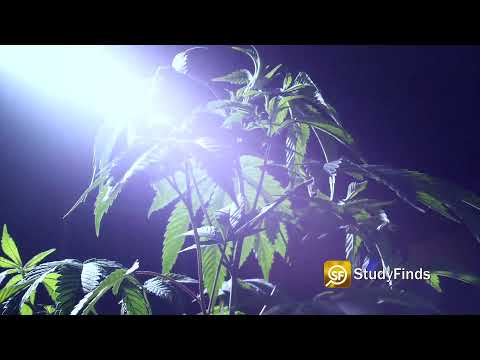 “Clinical trials testing cannabis treatments for autism usually involve strains containing very large amounts of CBD – due to this substance’s anti-inflammatory properties, and because it does not produce a sense of euphoria,” Poleg explains. “Moreover, the strains used for treating autism usually contain very little THC, due to apprehension regarding both the euphoria and possible long-term effects.”

‘CBD alone has no impact’

“In the second stage of our study we inquired which active substance in cannabis causes the behavioral improvement, and were surprised to discover that treatment with cannabis oil that contains THC but does not contain CBD produces equal or even better effects – both behavioral and biochemical. Moreover, our results suggest that CBD alone has no impact on the behavior of model animals,” the study author continues.

CBD, the non-psychoactive ingredient in cannabis, is an increasingly popular product due to its reported health benefits. Previous studies point to it being an effective pain reliever and even a cancer-fighter.

“Since cannabis is not defined as a medication, trials have already been conducted in children and adolescents with autism – without any preliminary studies addressing issues like the effect of cannabis on biochemical processes in the brain, spinal fluid or blood, and who can benefit from which type of cannabis oil. There is a great deal of misinformation on the subject of medicinal cannabis and autism, and Shani Peleg’s doctoral project represents pioneering basic research with regard to treating autism with cannabis oil,” adds Prof. Daniel Offen.

“This is an initial study,” concludes Poleg. “But we hope that through our basic research we will be able to improve clinical treatments. Our study shows that when treating autism with medicinal cannabis oil there is no need for high contents of either CBD or THC. We observed significant improvement in behavioral tests following treatments with cannabis oil containing small amounts of THC and observed no long-term effects in cognitive or emotional tests conducted a month and a half after the treatment began.”

The study is published in the journal Translational Psychology.