TORONTO, Ontario — Here’s a good reason to make sure the air conditioner is in tip-top shape. A recent study finds that men in their sixties are more likely to die from a heart attack on warmer nights. Scientists at the University of Toronto say a one-degree Celsius rise in temperature could translate to a four-percent rise in the number of deaths from heart and blood diseases.

Heart disease causes a quarter of all deaths in the U.S. — about 659,000 each year — or one every 36 seconds. Previous studies have looked at whether spells of warm weather during the summer have a link to a surge in deaths from heart and blood conditions. However, after taking people’s age and gender into account, findings have been inconsistent.

Now, scientists have taken a closer look and found rises in temperature could mean the difference between life and death for men in their 60s.

“The present findings should stimulate similar investigation of exposure and event rates in other populous mid-latitude to high-latitude regions,” the authors write in a media release.

Researchers analyzed data on adults who died in June or July from cardiovascular diseases between 2001 and 2015. These months are when the majority of heatwaves are likely to occur in England and Wales, as well as other countries in the Northern Hemisphere. The team also collected data from King County in Washington state, which sits at a parallel latitude to England and Wales. The region also has similar atmospheric properties with relatively few people having air conditioning at home.

There were 39,912 deaths from cardiovascular diseases recorded between 2001 and 2015 in England and Wales, and 488 deaths in King County. An increase of one degree Celsius in summer nighttime temperatures displayed a connection to a 3.1 percent increase in mortality among men between 60 and 64.

In King County, a one-degree rise increased the risk of death by 4.8 percent among those 65 and under, but not in older men. Overall, deaths from heart and blood diseases fell over the 15-year study period, in line with better preventative care.

Study authors say, despite this decline, a considerable residual risk persists. In England and Wales, event rates remained more than 50 percent higher in adults between 65 and 69 than in those between 60 and 64 years-old.

They add that this is worrying because, in recent years, highly populated regions like the ones in the study experienced a proportionate rise in nighttime summer heat intensity.

The findings are published in the online journal BMJ Open. 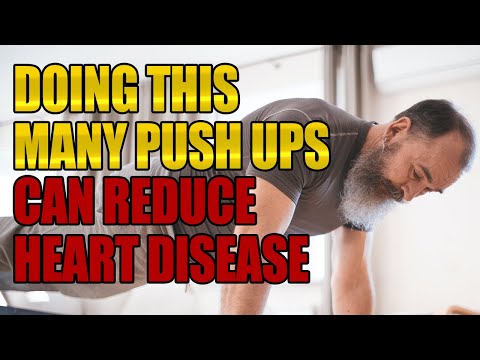 Spoiled rotten: Shopping with the kids adds nearly $50 extra in expenses8 mins ago