NANJING, China — Microplastics may be the reason some people are more likely to develop inflammatory bowel disease, a new study warns. Researchers at Nanjing Medical University found higher quantities of these microscopic plastic particles in the feces of people with IBD than in their healthy peers.

The study notes that people regularly ingest these particles through contaminated drinking water or by eating foods (like fish) which consume them first.

“Human ingestion of microplastics (MPs) is inevitable due to the ubiquity of MPs in various foods and drinking water. Whether the ingestion of MPs poses a substantial risk to human health is far from understood,” researchers write in the journal Environmental Science & Technology. 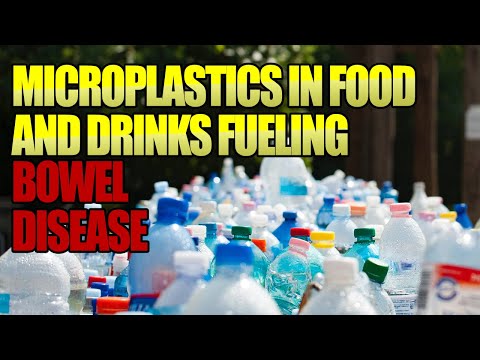 The team suggests that exposure to microplastics may be the actual reason people develop IBD. Another possibility is the condition exacerbates the retention of MPs.

According to the CDC, around three million people in the United States have IBD, an umbrella term that includes Crohn’s disease and ulcerative colitis. Symptoms include crippling stomach pain, fatigue, flatulence, nausea, backache, and problems going to the bathroom.

Cases of IBD are increasing worldwide, affecting up to one in 10 people across the globe. Women are 50 percent more prone to developing IBD than men.

“Microplastics — tiny pieces of plastic less than 5 mm in length — are everywhere, from bottled water to food to air,” the team says in a media release.

Thousands of particles in your food?

Estimates show some people may consume up to tens of thousands of microplastics each year. Their overall health consequences are generally unknown. The study finds the worse a person’s symptoms were, the more they had in their feces.

“The fragments could be related to the disease process… Characterized by chronic inflammation of the digestive tract, IBD can be triggered or made worse by diet and environmental factors,” the study authors explain.

The findings come from samples from 102 people across China, with half receiving an IBD diagnosis before the study. Analysis showed stools from the IBD patients contained about 50 percent more microplastics per gram. The shapes – mostly sheets and fibers – were similar in both groups, but the IBD feces had more smaller particles.

The two most common types of plastics were PET (polyethylene terephthalate), used in bottles and food containers, and PA (polyamide) which manufacturers use in food packaging and textiles.

“These results suggest that people with IBD may be exposed to more microplastics in their gastrointestinal tract,” researchers continue. “However, it’s still unclear whether this exposure could cause or contribute to IBD, or whether people with IBD accumulate more fecal microplastics as a result of their disease.”

The plastic pileup is growing

“We present evidence indicating that a positive correlation exists between the concentration of fecal MPs and the severity of IBD,” the team writes. “Combining a questionnaire survey and the characteristics of fecal MPs, we conclude that the plastic packaging of drinking water and food and dust exposure are important sources of human exposure to MPs. The relative mechanisms deserve further studies. Our results also highlight that fecal MPs are useful for assessing human MP exposure and potential health risks.”

Microplastics originate from the degradation of larger objects such as bags, bottles, fishing nets, and personal care products. Plastic is found everywhere on Earth, from deserts and mountaintops to deep oceans and Arctic snow.

A previous study in the United Kingdom expects the amount of plastic waste created globally to triple by the year 2060, reaching 155 to 265 million metric tons.

“For the first time, we found that the fecal MP concentration in IBD patients (41.8 items/g dm) was significantly higher than that in healthy people,” researchers conclude. “Furthermore, the positive correlation between fecal MPs and IBD status suggests that MP exposure may be related to the disease process or that IBD exacerbates the retention of MPs.”