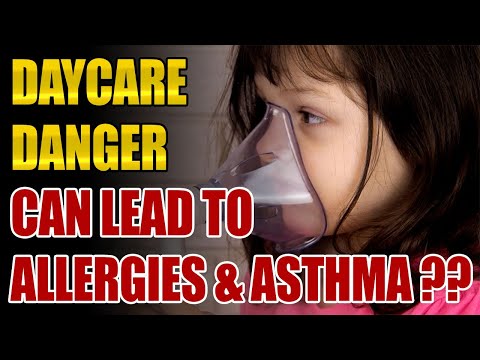 WASHINGTON, D.C. — Daycare centers for toddlers are notorious for spreading germs and perhaps the occasional cold. But the American Society for Microbiology reports a different pediatric threat lurking within most in-door daycare centers: mold and yeast. A new study finds these fungi are more common in indoor daycare centers than outside of them and may contribute mightily to rising adolescent chronic allergy and asthma rates.

Study authors add that several factors, such as specific building features or the number of children attending a particular daycare center, influence the presence of specific fungi species. This adds further evidence that molds and yeasts likely originate from indoor sources.

“This information is important to understand the alarming increase in chronic diseases like asthma and allergies in children,” says first author Eva Lena Estensmo, Ph.D., University of Oslo, Norway, in a press release. “Fungal growth can lead to poor indoor air quality, and some fungi are associated with allergic reactions and respiratory symptoms that may lead to chronic respiratory diseases.”

These findings are based on data collected at 125 daycare centers in Norway. First, researchers analyzed each center’s indoor and immediate outdoor mycobiomes (fungal microbiome) by collecting dust samples of the insides and outsides of door frames. Then, they cross-referenced the findings against many variables, including the amount of attending children, their ages, the building type (single building, apartment, etc.), building materials (bricks, wood), ventilation systems, pest assessments, mold damage history, and year of construction.

Notably, a group of volunteer “citizen scientists” took charge of collecting dust samples and building/daycare data. These volunteers used materials mailed to them to collect the dust swab samples and answer a series of surveys on the daycare centers and buildings.

The team also considered environmental data such as indoor and outdoor temperature and moisture levels, distance from the nearest coast, and even longitude and latitude coordinates.

“Especially the high diversity of yeasts came as a surprise,” Dr. Estensmo comments. “We don’t fully know whether the yeasts are especially associated with children, but we have some indications—work in progress—that far more yeasts are present in daycares than in other indoor environments. In addition, the daycare environment with a lot of activity and high density of people is an interesting environment to study in relation to human influence on the indoor mycobiome.”

While it’s well-known that humans influence the indoor microbiome related to bacteria, researchers add there is less known about our effect on the mycobiome.

“Since young children often bring in organic materials such as soil and litter from nature, daycare centers may accumulate extra organic substrates promoting fungal growth, compared to other indoor environments,” the study reads.

The researchers published the study in Applied and Environmental Microbiology.