DAVIS, Calif. — Monoclonal antibody treatments have brought relief to millions of people during the pandemic. Now, scientists at the University of California, Davis say they could help curb America’s growing opioid epidemic.

Researchers say that monoclonal antibodies have the potential as a monthly non-addictive pain medication that can replace opioids for people with chronic pain. Opioids are highly addictive and because of over-prescriptions for the strong pain-killers, people with chronic pain have also had to deal with addiction problems. The CDC’s National Center for Health Statistics reported 107,622 drug overdose deaths in the United States in 2021 — an alarming 15% increase from the 93,655 deaths in 2020.

With new technological breakthroughs where computers have a better understanding of biological systems, the team notes they’re given the opportunity to create antibodies or small molecule drugs that target cells, providing a powerful chronic pain treatment.

“Monoclonal antibodies are the fastest growing sector of the pharmaceutical industry and have many advantages over classical small molecule drugs,” says James Trimmer, a professor of biology at the UC Davis School of Medicine, in a media release.

“Nerve cells are responsible for transmitting pain signals in the body. Voltage-gated sodium ion channels in nerve cells are the key transmitters of pain,” explains Vladimir Yarov-Yarovoy, a professor of biology at the UC Davis School of Medicine. “We aim to create antibodies that will bind to these specific transmission sites at the molecular level, inhibiting their activity and stopping the transmission of pain signals.”

The team is targeting three specific sodium ion channels involved with pain: NaV1.7, NaV1.8 and NaV1.9. From there, they are designing antibodies that fit perfectly for these specific channels, like a key to a lock. Once the antibodies are locked in, the channels will be unable to send pain signals. Although, the blocked channel should not thwart the efforts of other signaling through nerve cells.

One challenge to the experiment is replicating the structure of the three complex channels. Software programs Rosetta and AlphaFold were used to overcome this issue. Rosetta allows researchers to create virtual protein models and analyze which one fits snugly into the three channels. The AlphaFold acts as a fact-checker, validating the protein designs from Rosetta.

Once proteins are identified, the formulated antibodies will then be tested on neural tissue in the lab. The study is in its earliest stages so it will be years until it’s tested on an actual person with chronic pain. But it is, the researchers predict monoclonal antibodies would be a monthly self-injection as it takes a month for the antibodies to break down in the body.

“For patients with chronic pain, that’s exactly what you need,” Yarov-Yarovoy adds. “They experience pain, not for days, but weeks and months. The expectation is that the circulating antibodies will be able to provide sustained pain relief for weeks.” 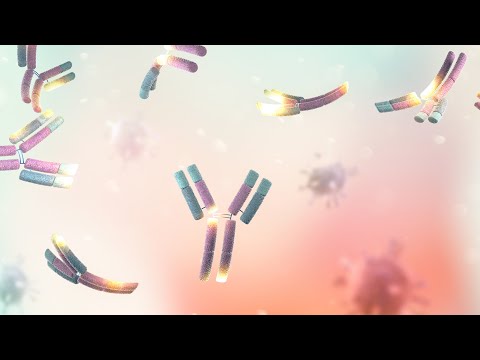 Best Subway Subs In 2023: Top 5 Menu Items Most Recommended By Experts26 mins ago