BATON ROUGE, La. — Strange things seem to always happen when there’s a full moon. A new study finds you might be able to add shark attacks to that list! Researchers from LSU and the University of Florida have found a surprising link between moon phases and the chances of sharks attacking people in the ocean.

In a review of 55 years of shark attack records, the team found the number of attacks goes up during periods of higher lunar illumination and go down when there’s less illumination. Simply put, there are more shark attacks when the Moon is full or close to it.

Researchers say the reason for this is still unclear, but it’s not because sharks are stalking more people out for a moonlight swim. Their findings point to the Moon’s gravitational impact on the oceans and all life on Earth playing a much bigger role in this change in behavior.

“It’s not a matter of more light at night for sharks to see. Most shark attacks occur in the daylight. However, the moon can exert other forces on Earth and its oceans in ways that are much more subtle—for example, the gravitation pull that we see affect the tides,” says LSU associate professor and study researcher Steve Midway in a university release. 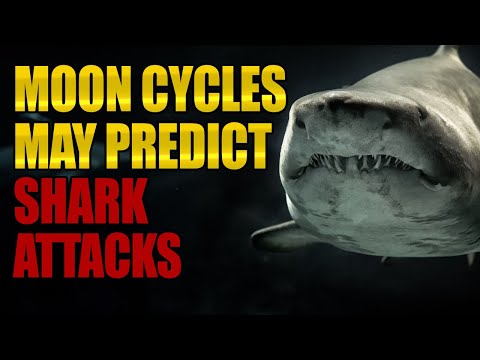 While study authors believe it’s too early to definitively say that the amount of moonlight can predict shark attack frequency, the data can help officials make better water safety recommendations in the future.

“The abundance of data we have would suggest that there is something there that’s worth continuing to look at,” Midway concludes.

The findings are published in the journal Frontiers in Marine Science.