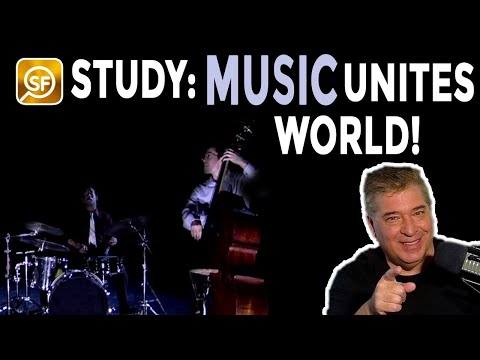 A team from the University of Cambridge shows how different singers and songs appeal to similar personality types across the globe. For example, Ed Sheeran’s song “Shivers” appeals to extroverts while neurotic types are likely to be into Nirvana’s “Smells like Teen Spirit.” Agreeable people tend to have Marvin Gaye’s “What’s Going On” or Lady Gaga and Bradley Cooper’s “Shallow” on their playlist. National borders cannot stop open sorts listening to David Bowie’s “Space Oddity” or Nina Simone.

The phenomenon ranges from the U.K. and the U.S. to Argentina, India, Denmark, or South Africa. It does not matter where a conscientious individual lives, they are unlikely to enjoy Rage Against the Machine.

The findings are based on more than 350,000 participants from over 50 countries and six continents.

“We were surprised at just how much these patterns between music and personality replicated across the globe,” says lead author Dr. David Greenberg in a university release.

The psychologist and musician believes the right song could help overcome social division and that music has untapped therapeutic benefits.

“People may be divided by geography, language and culture, but if an introvert in one part of the world likes the same music as introverts elsewhere, that suggests music could be a very powerful bridge,” the researcher adds. “Music helps people to understand one another and find common ground.”

Greenberg’s team identified the same positive links across the globe without significant variation. They applied to extraversion and pop, conscientiousness and unpretentious music, agreeableness and easy listening, and openness and contemporary or sophisticated sounds.

“We thought that neuroticism would have likely gone one of two ways,” says Greenberg, “either preferring sad music to express their loneliness or preferring upbeat music to shift their mood.”

“Actually, on average, they seem to prefer more intense musical styles, which perhaps reflects inner angst and frustration. That was surprising, but people use music in different ways – some might use it for catharsis, others to change their mood,” the study author continues.

“So there may be subgroups who score high on neuroticism who listen to mellow music for one reason, and another subgroup which is more frustrated and perhaps prefer intense music to let off steam.”

Could the weather play a role in your musical tastes?

The correlation between extraversion and contemporary music was strongest around the equator, particularly in Central and South America. It could be influenced by people in warmer climates having personalities that respond to rhythmic, danceable music.

Dr. Greenberg, who is a professional saxophonist, has a very diverse playlist which is typical of people who score high on openness.

“I’ve always loved jazz and now I’m also really into the music of different world religions, which makes perfect sense based on my personality traits,” he says.

Participants completed the TIPI (Ten-Item Personality Inventory) survey and provided demographic information. They self-reported the extent to which they liked listening to 23 genres of music. A second advanced technique got them to react to short audio clips online from 16 genres and subgenres of Western music – the most popular globally.

Five key styles included “Mellow” like soft rock and R&B, “Unpretentious” which refers to relaxing or country genres, and “Sophisticated” classical, operatic, and jazz. Others were “Intense” — ranging from classic rock to punk and heavy metal — and “Contemporary,” as heard in rap, electronica, Latin, and Euro-pop.

Dr. Greenberg, who lives in Jerusalem, already employs music as a bridge to work with Israelis and Palestinians. He recently gave a talk expanding on the ways that music can bond people and cultures. The findings could improve music streaming services and support well-being apps.

“If people who score high for neuroticism, for example, are being fed more intense music and they’re already feeling stressed and frustrated, is that helping with their anxiety or is it just reinforcing and perpetuating? These are the questions we now need to answer,” Greenberg concludes.