CANBERRA, Australia — Odd radio circles (ORCs) are mysterious objects out in space which look like a ring or bubble and are brighter along their edges. Although their origin is still a mystery, researchers in Australia say their study has narrowed down what’s likely causing these ORCs to form.

Thanks to the clearest radio telescope images of this phenomenon to date, a team at Australia’s national science agency CSIRO has three theories which could explain ORCs:

So far, scientists have only detected these strange objects using radio telescopes and only five have ever been found in the cosmos. Astronomers have yet to spot ORCs with an optical, infrared, or X-ray telescope.

The South African Radio Astronomy Observatory’s MeerKAT radio telescope captured the new images. Dr. Jordan Collier, who compiled the image from the telescope’s data, says their findings will hopefully reveal new clues into the origin of these rare radio circles.

“People often want to explain their observations and show that it aligns with our best knowledge. To me, it’s much more exciting to discover something new, that defies our current understanding,” Dr. Collier says in a media release.

How big is an odd radio circle?

If you think the reason humans haven’t found many ORCs is because they’re very small, think again. Researchers say the rings of an ORC are about one million light years across! That’s 16 times larger than the entire Milky Way galaxy. Despite that, study authors say they’re still hard to see from Earth.

“We know ORCs are rings of faint radio emissions surrounding a galaxy with a highly active black hole at its center, but we don’t yet know what causes them, or why they are so rare,” explains Professor Ray Norris from Western Sydney University and CSIRO.

For now, astronomers are relying on CSIRO’s ASKAP radio telescope and MeerKAT to study these objects as quickly as possible. However, more international help is coming.

The SKA Observatory, which has the support of over a dozen countries including the United Kingdom, Australia, South Africa, France, Canada, China, and India, will have even more sensitive scanning equipment than current space telescopes.

“No doubt the SKA telescopes, once built, will find many more ORCs and be able to tell us more about the lifecycle of galaxies,” Professor Norris concludes. “Until the SKA becomes operational, ASKAP and MeerKAT are set to revolutionize our understanding of the Universe faster than ever before.”

The findings appear in the Monthly Notices of the Royal Astronomical Society. 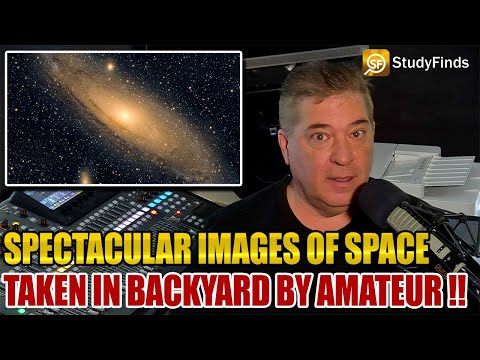