SOUTHAMPTON, England — Neanderthals and humans might not have been so different after all, at least when it comes to an affinity for art, according to a recent study. Archaeologists concluded that, to their surprise, Paleolithic-era cave art they found was created by Neanderthals, who weren’t exactly thought of as artists in the same way modern humans were.

Using a relatively new dating technique, archaeologists determined that paintings found in three caves in Spain were created more than 64,000 years ago — about 20,000 years before scientists believe modern humans arrived in Europe. The research was conducted by scientists from the University of Southampton and the Max Planck Institute for Evolutionary Anthropology.

In the early days of homo sapiens, the species wasn’t the only humanoid species on the planet. Neanderthals were another humanoid species that existed at the same time as modern humans, who were primarily confined to Africa for tens of thousands of years. Neanderthals dominated Europe while humans evolved and grew in Africa. Paleolithic artwork and artifacts reviewed by archaeologists had always attributed to humans in the past.

But these latest findings found deep in the caves below Spain show that those assumptions were clearly mistaken. The artwork, which included various shapes, hand stencils, and figures that appear to be animals, is the first major evidence that Neanderthals also found a way to get in touch with their creative side.

“This is an incredibly exciting discovery which suggests Neanderthals were much more sophisticated than is popularly believed,” touts co-author Dr. Chris Standish, an archaeologist at the University of Southampton, in a release. “Our results show that the paintings we dated are, by far, the oldest known cave art in the world, and were created at least 20,000 years before modern humans arrived in Europe from Africa – therefore they must have been painted by Neanderthals.”

The researchers used an advanced dating technique called uranium-thorium dating, which examines the tiny carbonate deposits that have built up over time on the top of the cave paintings. These deposits contain trace amounts of uranium and thorium, which decay at a predictable rate. They indicate when the deposits formed, and therefore the minimum age of the painting.

The various figures depicted in the paintings show that Neanderthals thought symbolically, similar to modern humans. It’s believed that the artists may have even strategically chosen the locations for the paintings by considering the amount of light in the cave. 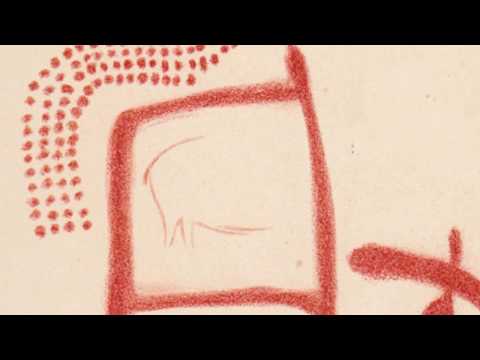 “Neanderthals created meaningful symbols in meaningful places. The art is not a one-off accident,” says co-author Paul Pettitt, of Durham University. “We have examples in three caves 700km apart, and evidence that it was a long-lived tradition. It is quite possible that similar cave art in other caves in Western Europe is of Neanderthal origin as well.”

The full study was published Feb. 23 in the journal Science.

How do you save a friendship? Researchers suggest acting more like them33 mins ago

Who wins Super Bowl LVII? Computers playing Madden NFL 23 have the answer — and the score!60 mins ago