NEW YORK — It turns out many people are all too familiar with the expression “wait till next year.” Two-thirds of Americans have never successfully completed a New Year’s resolution.

A survey of 2,000 adults reveals that of those who’ve previously set resolutions, 68 percent have never fully achieved one. However, respondents are feeling more optimistic this year: three-quarters have set resolutions for 2022 and 36 percent of those people believe they’ll achieve all of their goals. Thirty-five percent of resolution-setting respondents believe they’ll achieve some of their goals, while just four percent don’t think they’ll be successful with any.

Commissioned by N!CK’S healthy snacks and conducted by OnePoll, the survey looked at when Americans start hitting the “resolution cliff” — the date they officially start slacking on their New Year’s resolutions.

For those who don’t expect to hit all of their targets, the average respondent says they start falling behind before the end of the month – specifically by Jan. 29. For those respondents, Feb. 4 is when they expect to give up entirely on most of their 2022 goals. 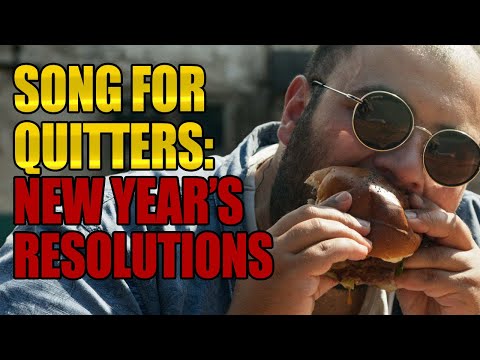 Why is it so difficult to stick to a resolution?

For those who don’t expect to complete all their aims for the year, the top reason is that they tried to give up something they enjoy (42%). Being overly ambitious (42%) and not having a good support system to cheer them on (38%) followed closely behind. Respondents also expect to struggle with their 2022 resolutions because they lack motivation (37%) and set too many goals for themselves (37%).

“Once Jan. 1 comes around, people start passing on snacks, holding off on sweets, and limiting themselves all in the name of self-improvement,” says N!CK’S CEO Carlos Altschul in a statement. “But setting resolutions that restrict you from the things you love prove hard to follow. This is made clear by the nearly half of respondents who shared that their top obstacle in completing resolutions was that they tried to give up something they enjoy.” The results found resolutions have taken a slightly different tone this year, as 75 percent of respondents say the ongoing pandemic has made them less concerned about fulfilling the “typical” New Year’s resolutions. In the wake of COVID, 69 percent are less focused on making significant lifestyle changes and more focused on their happiness.

With that in mind, 74 percent hope to make lasting, positive changes in 2022. In fact, 79 percent want to make changes for 2022 that are both good for their health and happiness.

“Instead of giving up what you love this year, N!CK’S suggests making positive changes that don’t come with a sacrifice, especially when it comes to eating healthy,” Altschul says. “There are many options now for enjoying indulgent treats, without the sugar and calories. The new year should be a time of optimism, hope and happiness — and that includes saying yes to the snacks and treats you love. Yes to seconds and thirds. And yes to a healthy lifestyle.”