WASHINGTON — Plenty of olive oil in your diet may help prevent death from heart disease, a new study finds. Researchers from the American College of Cardiology found that those who consume more than seven grams – or half a tablespoon – each day were less likely to die from cardiovascular disease, cancer, dementia, or respiratory illnesses.

The long-term study showed that replacing about 10 grams of margarine, butter, mayonnaise, and dairy fat per day with an equivalent amount of olive oil also lowered a person’s risk of death.

“Clinicians should be counseling patients to replace certain fats, such as margarine and butter, with olive oil to improve their health.”

Olive oil consumption is going up in recent years

Researchers analyzed more than 92,000 men and women free of cardiovascular disease and cancer at the start of the study in 1990. During 28 years of follow-up, the team assessed each person’s diet through a questionnaire every four years. The questionnaire asked how often, on average, they consumed specific foods, types of fats and oils, as well as which brand or type of oils they used for cooking and added at the table over the previous year.

The team also calculated the consumption of other vegetable oils based on each participants’ reporting on oil brands and types of fats they used for cooking at home. Margarine and butter consumption included the reported frequency of stick, tub, or soft margarine used, and the amount of margarine or butter added from baking and frying. Study authors also looked at the intakes of dairy and other fats and nutrients as well. 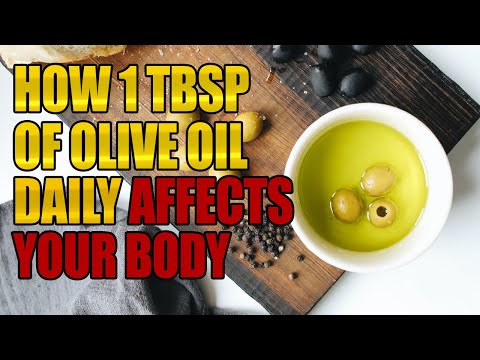 Participants with higher olive oil consumption were often more physically active, had Southern European or Mediterranean ancestry, were less likely to smoke, and consumed more fruit and vegetables in comparison to those consuming less olive oil.

Olive oil lowers risk of death by up to a third

On average, participants in the highest category of olive oil consumption had about nine grams per day. These individuals made up about five percent of the total study group.

The study also found substituting 10 grams/day of other fats – such as margarine, butter, mayonnaise, and dairy fat – with olive oil led to participants having anywhere from an eight to 34 percent lower risk of death from all causes.

The team found no significant associations when substituting olive oil for other vegetable oils.

“It’s possible that higher olive oil consumption is a marker of an overall healthier diet and higher socioeconomic status. However, even after adjusting for these and other social economic status factors, our results remained largely the same,” Dr. Guasch-Ferré says.

Study authors note that their review focused on a predominantly non-Hispanic white population of health professionals.

The findings are published in the Journal of the American College of Cardiology.