DALLAS, Texas — Eating a single avocado a week can make a noticeable difference in your heart health, a new study finds. Researchers found that as little as two servings of the trendy fruit weekly lowers the risk of cardiovascular disease.

Specifically, substituting avocado for certain fat-containing foods – such as cheese, butter, or processed meats like bacon – had a link to a double-digit drop in a person’s risk for heart problems.

What makes avocado a healthy substitute?

Researchers say the new study is the first to support the positive association between higher avocado consumption and lower cardiovascular events, such as coronary heart disease.

“Our study provides further evidence that the intake of plant-sourced unsaturated fats can improve diet quality and is an important component in cardiovascular disease prevention,” says study lead author Dr. Lorena Pacheco from the Harvard T.H. Chan School of Public Health in a media release.

“These are particularly notable findings since the consumption of avocados has risen steeply in the U.S. in the last 20 years, according to data from the U.S. Department of Agriculture.”

The researchers documented 9,185 coronary heart disease events and 5,290 strokes during more than three decades of follow-up. They assessed the participants’ diet using food frequency questionnaires given at the beginning of the study and then every four years. That survey included questions specifically asking people about their avocado consumption.

For the purpose of this study, researchers considered half an avocado to be one serving. However, the U.S. Food and Drug Administration notes that a serving is as little as one-third of a medium-sized avocado (50 grams).

Based on statistical modelling, replacing half a serving daily of margarine, butter, egg, yoghurt, cheese, or processed meats with the same amount of avocado led to 16 to 22-percent lower risk of suffering from cardiovascular disease events.

Substituting half a serving a day of avocado for the equivalent amount of olive oil, nuts, and other plant oils showed no additional benefit. The researchers also did not find a significant link between stroke risk and avocado consumption.

More support for the Mediterranean diet?

Based on these findings, Pacheco recommends that people “replace certain spreads and saturated fat-containing foods, such as cheese and processed meats, with avocado is something physicians and other health care practitioners such as registered dietitians can do when they meet with patients, especially since avocado is a well-accepted food.”

The study aligns with the American Heart Association’s guidance to follow the Mediterranean diet – a dietary pattern focused on fruits, vegetables, grains, beans, fish, and other healthy foods and plant-based fats such as olive, canola, sesame, and non-tropical oils.

“These findings are significant because a healthy dietary pattern is the cornerstone for cardiovascular health, however, it can be difficult for many Americans to achieve and adhere to healthy eating patterns,” says Professor Cheryl Anderson, chair of the American Heart Association’s Council on Epidemiology and Prevention.

“We desperately need strategies to improve intake of AHA-recommended healthy diets — such as the Mediterranean diet — that are rich in vegetables and fruits,” Anderson adds.

“Although no one food is the solution to routinely eating a healthy diet, this study is evidence that avocados have possible health benefits. This is promising because it is a food item that is popular, accessible, desirable and easy to include in meals eaten by many Americans at home and in restaurants.”

The study is published in the Journal of the American Heart Association. 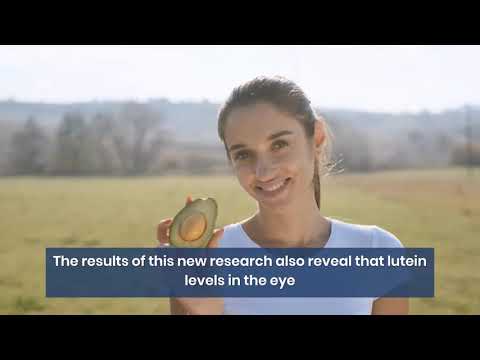