COLCHESTER, United Kingdom — If your marriage or relationship is on the rocks, new research out of the United Kingdom suggests you and your partner are better off trying couples therapy than oxytocin supplements. Scientists from the University of Essex and Cardiff University report “love hormone” supplements are unlikely to magically save troubled marriages.

Nasal oxytocin sprays are currently being marketed as a “cure all” for troubled relationships, capable of supposedly saving marriages, increasing parental bonds, and even lowering body fat. However, study authors say this doesn’t line up with reality.

‘No benefit’ in reading emotions

Their latest work shows therapy helps men understand and read emotions far more than taking doses of oxytocin. Nicknamed the “love hormone,” oxytocin is released naturally and plays a vital role in regulating emotional behaviors. During the study, a group of over 100 healthy men started taking oxytocin nasal sprays but experienced none of the advertised emotional benefits.

All in all, study authors conclude more research must be conducted on oxytocin before it is used as a treatment.

“Our study serves as an important reminder that oxytocin may not always be the most effective tool when trying to improve the social lives and mental health of others,” says study co-author Dr. Katie Daughters in a university release. “There are lots of studies examining whether oxytocin can increase a particular desired outcome, but relatively few studies have actually compared whether oxytocin is better than something else which is also designed to increase the same outcome.”

“In our study, we wanted to improve people’s ability to recognize emotions, as individuals who struggle to recognize emotions are at an increased risk of developing poor mental health,” she adds. “We found that in healthy young men, those who completed our computer-based emotion training program were better at recognizing some emotions, but those who had oxytocin showed no benefit.”

To reach these findings, researchers gathered together a collection of 104 healthy men with an average age of 19 for a randomized, double-blind study. A portion of participants received intranasal oxytocin, while others took a placebo. Next, some took part in a real, accredited emotional training program (the Cardiff Emotion Recognition Training program) while others participated in a mock training program.

Then, each man was shown a series of faces depicting various levels of emotion. The group who underwent real emotional training were better at correctly picking out sad and angry faces, but oxytocin didn’t seem to have any impact at all.

Moving forward, the research team says they need to look at the connection between oxytocin and women, as well as individuals dealing with psychological disorders. Many still believe oxytocin may prove helpful for people living with autism spectrum disorder, schizophrenia, and women with post-natal depression symptoms linked to emotional recognition issues.

“Many of us are interested in the potential oxytocin has to improve the social lives of individuals, however, if other methods are found to be as effective, or better then we need to be open to these as well. Our current understanding of how oxytocin sprays work suggests that, in their current form, it may not be a practical solution,” Dr. Daughters explains.

“In particular, the beneficial effects of oxytocin that we want to bolster only last for several hours,” she concludes. “On the other hand, computer-based psychological interventions, like helping someone to recognize different emotional expressions and how to interpret their meaning in different scenarios, may not only provide longer-lasting beneficial impact but also cost less.”

The study is published in Philosophical Transactions of the Royal Society of London. 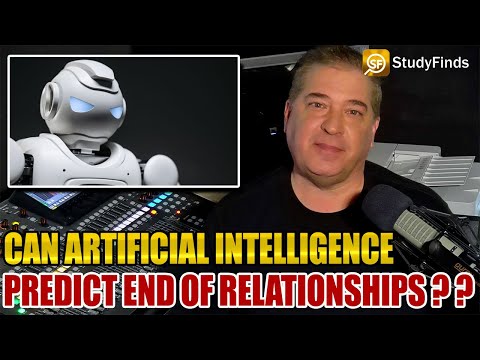 Best Places To Live In America In 2023: Top 5 Cities Most Recommended By Experts24 mins ago

What’s the safest seat on a plane? Unfortunately it’s the least popular one58 mins ago