DURHAM, N.C. — Girls tend to be more vocal and exhibit larger vocabularies earlier in life than their male counterparts. Researchers at Duke University hypothesized this gender language gap may be caused by the amount of talking kids hear from mom and dad. Interestingly, that theory didn’t hold up. Instead, this latest research found that caregivers tend to talk more to young children who themselves are already talking, regardless of gender.

Researchers decoded recordings from over 2,000 hours of infants’ daily lives to reach these findings. They posit these new conclusions shed some much-needed light on the process of language development.

“This study provides evidence that children actively influence their own language environments as they grow,” says lead study author Shannon Dailey, Ph.D., a Duke postdoctoral scholar, in a university release.

“People have long noted that there are sometimes differences between girls and boys for different language skills,” adds study co-author and Duke psychology & neuroscience professor Elika Bergelson, Ph.D. “Language delays and deficits, for example, are more common in boys than and girls, so that raises the question of why.”

What are babies hearing and saying?

Originally, Dailey and Bergelson had theorized that girls’ typical (and temporary) vocabulary advantage may be caused by more “language input” from their parents than boys.

To test their hypothesis, the research team counted the utterances that 44 kids (21 girls and 23 boys) heard and produced for a full calendar year, starting at roughly six months old. That specific age range was chosen because it allowed study authors to track what kids were hearing at six months-old, well before they actually start talking, all the way until 18 months-old – an age when most kids have started talking.

Babies wore a colorful vest that covertly housed a pocket-sized audio recorder to capture a day’s worth (~16 hours) of conversation once per month. Then, also on a monthly basis but on a different day, kids wore a small camera-embedded cap on their head to record video. Audio was then taken from those videos for analysis. In total, 8,976 hours of sound was captured.

“If it’s fully transcribed by the time I retire, I’ll be happy,” Prof. Bergelson says.

It can take up to eight hours just to transcribe a single hour of recorded audio with a “fine grain of detail,” Prof. Bergelson explains. So, to save time, researchers focused heavily on the chattiest few hours per recording, which ultimately amounted to 2,112 hours of sound.

Even so, with 48 hours of audio from each of the 44 kids, a researcher working nonstop starting Jan. 1 still wouldn’t finish transcribing until around Dec. 5 the following year. Even devices like Siri aren’t smart enough yet to automatically transcribe baby talk (or even everyday caretaker talk for that matter). Study authors had to rely on human research assistants annotating everything by ear.

Young girls still have the gift of gab

All of that hard work finally paid off with researchers’ latest batch of findings from their massive “corpus,” or detailed set of words spoken by toddlers. The study reports, as other have before, that girls tend to have larger vocabularies than boys. Also, girls usually grow their vocabularies faster across early life. Study authors estimated vocabulary size by counting the number of unique nouns uttered by each child.

“Most of what kids under 18 months say is nouns,” Prof. Bergelson comments. “So it’s a nice proxy for language development and vocabulary.”

Next, researchers went down the line attempting to determine what may be causing girls’ larger lexicon.

To their own surprise, researchers found that girls aren’t more talkative – in fact girls and boys spoke the same amount – a trend that actually persists into adulthood, Prof. Bergelson explains. This makes it much less likely that more conversational practice promotes a larger vocabulary.

Study authors also determined that girls’ bigger vocabularies were not due to them speaking earlier in life. While females tend to say their first words around their first birthday, boys aren’t all that far behind, with males usually beginning to speak around 13 months-old.

In conclusion, researchers say they cannot currently account for girls’ bigger vocabularies based on what they heard before they uttered their first words. Instead, they found that parents usually talk more to their kids once they start talking.

“It turns out that girls have a larger vocabulary by 18 months,” Prof. Bergelson concludes. “And so that could’ve meant caretakers talk to girls more, but really they just talk to talkers more.”

The study is published in the journal Child Development. 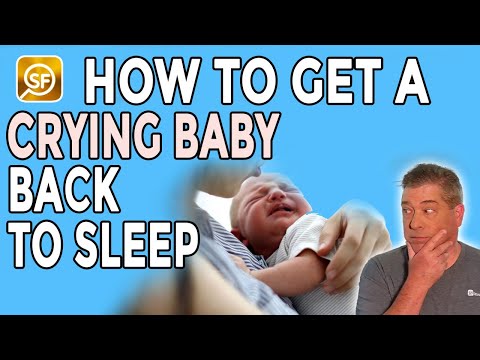