NIJMEGEN, Netherlands — Video calls may be the new normal, but that doesn’t make them perfect. Bad connections and choppy videos can make communicating over Zoom a nightmare at times. So, when those video issues pop up, why do people start shouting as if it will fix the problem?

It’s the digital version of turning down the radio to see better when driving. The recent study finds people tend to talk louder when their Zoom video calls get blurry. Researchers from Radboud University in the Netherlands found people are also more likely to make more exaggerated gestures to compensate for the poor video quality. The team explains that using gestures is a natural human response to making sure you’re being heard.

“If you’re talking to someone in a busy area with a lot of background noise, you typically use gestures to support your speech, and you start talking louder. When we talk in a video call, any issues that make it harder for people to understand each other usually come from technical difficulties. However, we still tend to use similar methods to compensate for those issues,” says James Trujillo, a cognitive scientist at Radboud University and the Max Planck Institute for Psycholinguistics in a university release.

Previous research has also linked speech and gestures, but to the team’s knowledge, this is the first study to observe how visual images influence this behavioral relationship.

‘Speech and gestures are integrated’

When the video call initially got worse, people stopped moving their arms and body as much as they did before. As the quality deteriorated further, the speed, rate, and size of gestures began to pick up. People who used gestures during the video call also increased the sound of their voice by an extra five decibels when the video quality dropped. Despite the image quality getting to the point where people couldn’t see the other person in the call, the gestures continued to get bigger, and the speech continued to get louder.

“What this shows is that speech and gestures are integrated. People are compensating for losing out on visuals by adapting with louder speech and bigger gestures. Even when the image can barely be seen, people don’t suddenly stop gesturing,” explains Trujillo. “It’s similar to how people talk to each other on the phone: we don’t see each other, and during an involved conversation we still move and gesticulate.”

“What this study shows is that if you’re studying communicative behavior, you have to look at the full picture. Some researchers have argued that gestures are only an addition to speech, that they are not integral to it. If that were the case, we wouldn’t see people use louder speech to compensate for the loss of gestures, or the other way around. This study shows their connection works both ways. Further research into speech should not just look at factors like loudness and tone of voice, but also include these gestures to get a proper sense of people’s behavior,” the study author concludes.

The study is published in the journal Royal Society Open Science. 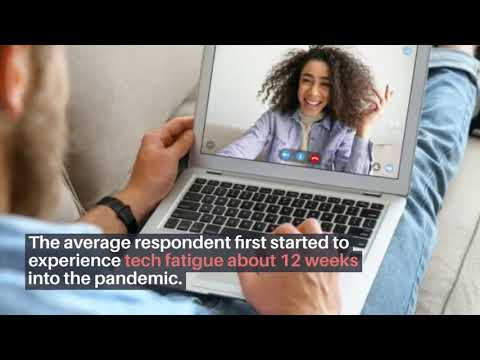 Best Subway Subs In 2023: Top 5 Menu Items Most Recommended By Experts54 mins ago