WASHINGTON — Your personality may have a lot to do with when or if you’ll develop dementia later in life. A new study finds people who are more organized and show more self-discipline are less likely to suffer from mild cognitive impairment as they grow older. On the other hand, people who are moody and emotionally unstable tend to inch closer to dementia at a younger age.

Researchers, reporting their findings to the American Psychological Association, looked at the three of the five so-called “Big Five” personality traits during their study — conscientiousness, neuroticism, and extraversion.

People who score high in conscientiousness on personality tests are generally more responsible, hard-working, and goal-oriented individuals. Researchers say that extraverts tend to draw energy from the people around them. They’re more social, talkative, and enthusiastic.

“Personality traits reflect relatively enduring patterns of thinking and behaving, which may cumulatively affect engagement in healthy and unhealthy behaviors and thought patterns across the lifespan,” says lead author Tomiko Yoneda, PhD, of the University of Victoria in a media release. “The accumulation of lifelong experiences may then contribute to susceptibility of particular diseases or disorders, such as mild cognitive impairment, or contribute to individual differences in the ability to withstand age-related neurological changes.”

Conscientiousness is the key to preventing mental decline

Study authors looked at the connection between these traits and cognitive impairment in 1,954 people participating in the Rush Memory and Aging Project. This study tracks the health of older adults in the Chicago area who did not suffer from dementia at the time they joined the project.

Results reveal that people scoring higher in conscientiousness or lower in neuroticism were significantly less likely to suffer from mild cognitive impairment during the study.

“Scoring approximately six more points on a conscientiousness scale ranging 0 to 48 was associated with a 22% decreased risk of transitioning from normal cognitive functioning to mild cognitive impairment,” Yoneda adds. “Additionally, scoring approximately seven more points on a neuroticism scale of 0 to 48 was associated with a 12% increased risk of transition.”

Researchers did not find a significant connection between brain health and extraversion. However, extraverts did maintain their healthy cognitive abilities for about one more year than others scoring lower in this trait. 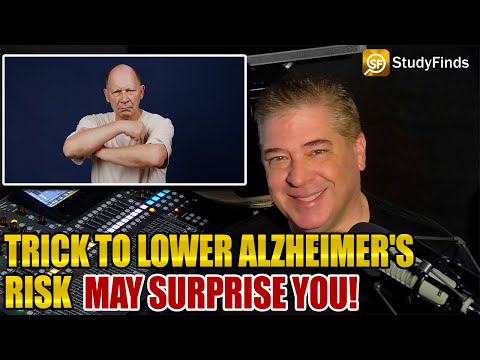 Is it possible to reverse the decline?

The study also found that slipping closer to dementia or Alzheimer’s disease is not an irreversible path. Researchers found that participants with low neuroticism and high extraversion were more likely to recover their cognitive abilities before the onset of dementia. Yoneda believes this reveals the benefits of social interaction for older adults when it comes to improving brain health.

The study did not find a connection between these personality traits and living longer overall.