BANGALORE, India — Researchers have discovered a new species of snake thanks to a bored college student and the power of social media. A team in India says they first spotted the unique snake on the student’s Instagram account, after the young man started photographing the wildlife in his own backyard!

Virendar Bhardwaj, a master student at Guru Nanak Dev University, started exploring his yard while staying home during the coronavirus pandemic. The student kept a record of these fun finds by posting the pictures to his Instagram account. The shots included everything from local snakes, to lizards, frogs, and insects in Himachal Pradesh — the northern Indian state in the Himalayas.

One of those pictures made its way to Zeeshan Mirza’s social media feed. The researcher at the National Centre for Biological Sciences originally thought Bhardwaj photographed a common Kukri snake, but after chatting with study co-author Harshil Patel, they reached out to the student to ask about some of the snake’s strange features.

Although the snake is still part of the Kukri snake family, the team noticed a number of differences on this one that made them think it might be a new species of Kukri. Virendar took the first photo on June 5, 2020. By the end of that month, he found two more specimens — enough for scientists to start an investigation.

Not your average Kukri

Researchers studied the snakes’ DNA in their labs, finding that these serpents are a different variety from the common Kukri. To prove this, scientists compared the new snakes’ biological structure to data on the normal type of Kukri in textbooks and museums. Results reveal that the student’s camera caught a glimpse of a previously unknown species to modern science.

The team named the snake Oligodon churahensis, referencing the Churah Valley in Himachal Pradesh where it was discovered. 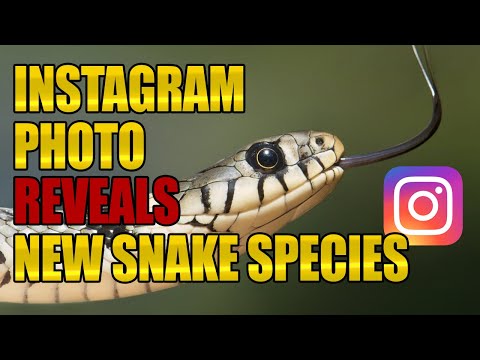 “It is quite interesting to see how an image on Instagram led to the discovery of such a pretty snake that, until very recently, remained hidden to the world,” Mirza says in a media release. “What’s even more interesting is that the exploration of your own backyard may yield still undocumented species. Lately, people have been eager to travel to remote biodiversity hotspots to find new or rare species, but if one looks in their own backyard, they may end up finding a new species right there.”

“Compared to other biodiversity hotspots, the Western Himalayas are still poorly explored, especially in terms of herpetological diversity, but they harbor unique reptile species that we have only started to unravel in the last couple of years,” the study author concludes.

The findings appear in the journal Evolutionary Systematics.