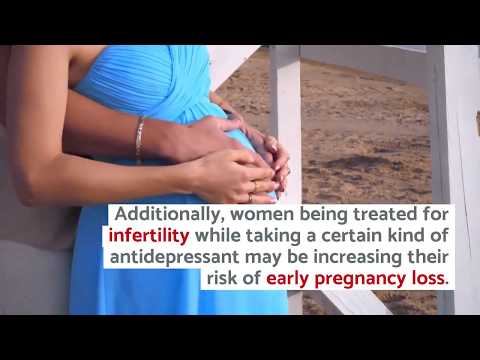 BETHESDA, Md. — Struggling to conceive can be a distressing process for prospective parents, but new research indicates that it may be important for the men in these relationships to keep a positive mindset. Additionally, women being treated for infertility while taking a certain kind of antidepressant may be increasing their risk of early pregnancy loss.

For couples having issues conceiving and receiving fertility treatment, depression in the male partner can lower pregnancy chances further, a study by researchers working with the National Institutes of Health (NIH) found. Conversely, depression among female partners did not show any influence on birth rates.

On top of these findings, researchers also associated a class of antidepressants called non-selective serotonin reuptake inhibitors (non-SSRIs) to higher risks of early pregnancy loss among females being treated for infertility. SSRIs, on the other hand, showed no links to pregnancy loss.

Researchers found that women using non-SSRIs were about 3.5 times as likely to have a first-trimester pregnancy loss compared to those who weren’t using antidepressants. Additionally, couples in which the man had major depression were 60% less likely to conceive and have a live birth than those being treated for infertility who weren’t depressed.

“Our study provides infertility patients and their physicians with new information to consider when making treatment decisions,” says study author Dr. Esther Eisenberg in a release.

The researchers used data from two earlier studies funded by the NICHD’s Reproductive Medicine Network. One study focused on the efficacy of two ovulation-inducing medications in women who have polycystic ovary syndrome. The second study focused on the effectiveness of three ovulation-inducing drugs in couples dealing with unexplained infertility.

In both studies, men and women responded to a depression-detecting questionnaire. It’s worth noting that only women were asked about antidepressant use. The study did not include couples utilizing in vitro fertilization.

The study is published in the scientific journal Fertility and Sterility.