ITHACA, N.Y. — Getting back on your feet after leaving prison is no easy task. One of the biggest barriers is finding a job willing to hire someone with a criminal record. Although inmates can learn marketable skills while in prison, a new study reveals many actually keep that education a secret when they reenter society.

A researcher from Cornell University interviewed 50 formerly incarcerated men in Ohio to examine how they used their credentials from prison education and training programs. Credentials are program certificates and work experiences individuals obtain in prison which they present to potential employers as part of their resume.

In the case of two of these individuals, Jeff and Larry, the decision to actually show employers their credentials was a difficult one. Jeff, 60, used his prison credential to land a job as an asbestos remover. Larry, 56, decided to not share that information while looking a job.

Sociologist Sadé Lindsay calls this the prison credential dilemma. For formerly incarcerated jobseekers, many don’t know how companies will react to the news that they have a criminal record and served time in prison. With that in mind, the researcher entitled her study “Damned if You Do, Damned if You Don’t.”

“Employers may use, or misuse, the credentials in varying ways,” Lindsay says in a university release. “Some may even use the credentials to efficiently screen out formerly incarcerated applicants, thwarting their efforts to secure good jobs.”

Be honest or avoid the topic?

In Jeff’s case, he decided to attribute his success to his prison credentials.

“I never did a lot of work outside the institution besides asbestos. … Once you have asbestos training … they [employers] know that you know the job … you show them your credentials and they know you know what you’re doing, you got a job.”

Larry took the opposite approach, only describing the skills and work he had done in the past without explaining how he acquired those skills.

Lindsay reports that Larry is still looking for work at last report.

Does prison education help or hurt the process?

Like universities and trade schools which present students with paperwork that proves they successfully acquired certain skills, prison credentials were created to do the same thing. However, the study finds the effectiveness of these credentials in the real job market can vary greatly.

Lindsay says the prison credential dilemma plays a major role in this and the usage of credentials varies dramatically among men leaving prison.

“On the one end are proactive strategists like Jeff who fully disclose their criminal records and the affiliation of their credentials to others, directly confronting and challenging criminal stigma,” Lindsay says.

“On the other end of this continuum, researchers have identified reactive strategists like Larry who may conceal and selectively disclose their criminal records, including the institutional affiliation of their prison credentials,” the researcher continues. “They attempt to ‘pass’ as ordinary job applicants to avoid rejection, the devaluation of their expertise from prison, and obtain quality employment.”

The study author adds that race can play a role in this problem as well. Black men in the study said they are reluctant to show jobs their prison credentials because of the fear it will enforce negative stereotypes and result in only finding low-wage work. However, the study finds Black men leaving prison are particularly reliant on these credentials to help overcome these stereotypes in the working world.

One solution the study proposes is to rebrand prison credentials — partnering with educational and vocational organizations outside the prison system. This would provide people with proof of work or skills supported by respected organizations that they can show off during job interviews.

The study is published in the journal Criminology. 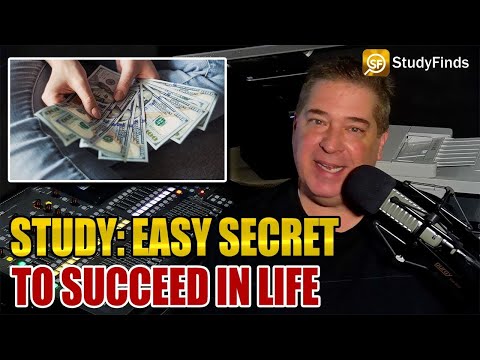