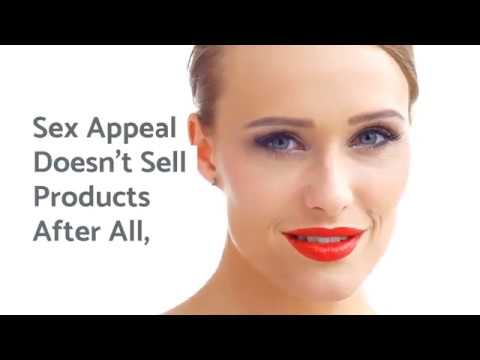 CHICAGO — Sex is everywhere; in movies we watch, in the conversations we hear and in the advertisements we see daily. Sexually-stimulating images are irresistible to look at, but are they enough to arouse interest in actually buying the product?

New research suggests that sex is not enough to sell when it comes to advertising, and can even cause negative responses.

Researchers from University of Illinois conducted a meta-analysis of 78 peer-reviewed studies on advertising and sex appeal that have been published throughout the past three decades – though, the history of sex being used as a commercial tactic goes back even further over the past 100 years.

“We found literally zero effect on participants’ intention to buy products in ads with a sexual appeal,” he says in a university press release. “This assumption that sex sells – well, no, according to our study, it doesn’t. There’s no indication that there’s a positive effect.”

Wirtz and his co-authors found that consumers remember ads containing sexual content more, but by no means does it make the product desirable enough to purchase.

Each individual study they examined consisted of about 225 participants. However, they were able to combine studies and analyze results from groups sometimes as big as 11,000+ participants. This means that the results presented the researchers with a more accurate idea of how people respond when they see sexualized ads (rather than targeting a smaller demographic).

Wirtz reveals their strongest discovery was what a lot of people may assume; men liked the ads with sexual appeal while females were turned off from them. In fact, unnecessary sex appeal can negatively affect the reputation of a brand for some consumers, especially when there is nothing sexy about the product.

Moreover, although the attitudes of men and women towards sexualized ads were completely opposite, their results together did not show a significant impact on their choice to purchase a product.

The researchers concluded that yes, sexually appealing ads are remembered more, which is something that companies aim for, however, that does not extend to a promising outcome.

“Certainly the evidence indicates that the carryover effect to liking the ads doesn’t influence whether they’re going to make a purchase,” says Wirtz.

Yes, sex is here to stay, but companies may shift to a more mature approach after realizing that consumers aren’t buying it. For instance, national burger chain Carl’s Jr. is known for their risqué burger ads, such as 2005’s commercial with Kate Upton eating a burger in lingerie with the bag between her greasy legs.

This year, the company’s three-minute commercial focused on the company being done with graphic images of women and instead showed off their actual product – burgers.

The full study, co-authored by Johnny Sparks and Thais Zimbres, “The effect of exposure to sexual appeals in advertisements on memory, attitude, and purchase intention: a meta-analytic review” was published June 16 online in the International Journal of Advertising.

Brain ‘turns off’ when relying on GPS behind the wheel, research shows21 mins ago

Best Women’s Hairstyles In 2023: Top 5 Trending Cuts Most Recommended By Stylists 1 hour ago