LEIPZIG, Germany — There’s no denying that having siblings can play a major role in a child’s development, but does having a sister foster a different personality than having a brother when they grow up? New collaborative research reports sibling gender doesn’t have much of an effect on our personalities as adults.

For better or worse, siblings are typically stuck with each other for most of adolescence. Brothers and sisters can drive each other nuts, but siblings also look out for each other and often share similar interests and perspectives. So, it makes a certain degree of sense to suspect they may influence each other’s personalities well into adulthood.

However, according to scientists at Leipzig University, the University of Zurich, and Victoria University of Wellington, this isn’t the case — at least when it comes to sibling gender.

Researchers have been investigating this topic for some time. More specifically, several prior studies have focused on whether or not brothers and sisters influence the extent by which their siblings adopt traditional “gender-conforming” characteristics. These are traits that society would consider “typically male” or “typically female.” Ultimately, though, all of those earlier projects yielded inconclusive or contradictory results.

So, in an effort to better understand the connection between siblings and adult personality development, the research team analyzed a dataset encompassing over 80,000 adults living in nine countries, including the United States, Germany, China, and Mexico. That dataset was only possible in the first place thanks to various prior national longitudinal studies that had systematically collected information on families over the course of several decades. This collected information included living conditions and personality traits measured in multiple ways.

When the team performed a statistical analysis, the data indicated that various personality traits including emotional stability, conscientiousness, and patience are not systematically related to sibling gender. Importantly, this finding held up across included countries and cultures.

“Our findings refute the idea that growing up with brothers or sisters causes us to develop certain personality traits in the long term that are considered ‘typically female’ or ‘typically male’ in a society,” explains study co-author Dr. Julia Rohrer, in a university release. “Overall, current research suggests that siblings have a surprisingly small impact on personality in adulthood. For example, previous studies by our research group here in Leipzig show that sibling position – that is, whether a person is a firstborn or a sandwich child, for example – also does not play a major role in personality.”

Study authors note that their findings don’t necessarily mean sibling gender has no influence whatsoever on long-term life outcomes. Earlier economic studies focusing on the United States and Denmark have found that women with brothers tend to earn less.

“So there do seem to be some interesting dynamics here that are related to gender,” Dr. Rohrer concludes. “But personality is probably not part of the explanation for such effects.”

The study is published in the journal Psychological Science. 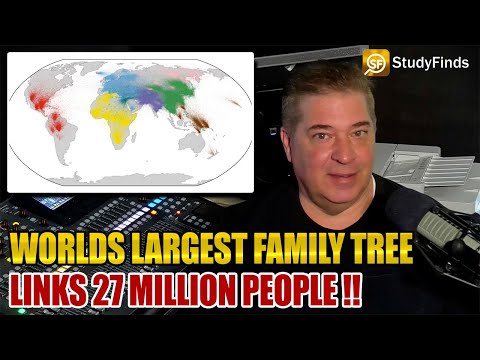