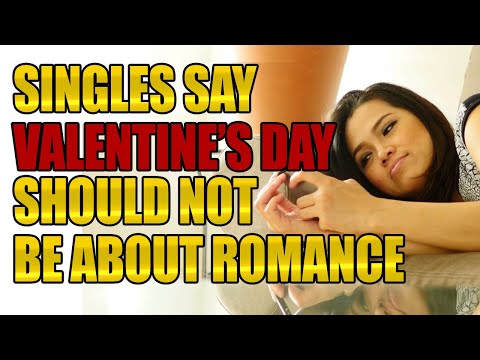 NEW YORK — Who says your online friends aren’t real friends? Gen Z and millennial Americans are feeling lonelier than ever since the start of the pandemic – but a new study finds online apps are helping them connect to others in need.

A poll of 2,000 singles finds 77 percent have turned to online friendships to build connections and alleviate their loneliness. Three in five people had met new friends via dating apps in the last two years, and two-thirds (66%) credit their online pals for helping them get through the pandemic.

Commissioned by Plenty of Fish and conducted by OnePoll, the study revealed 67 percent of respondents believe Valentine’s Day shouldn’t be a purely romantic holiday — since they would rather share the day with their single friends than feel pressure to land a date. Another 43 percent of singles (50% of women and 36% of men) believe Valentine’s Day should include all forms of love. Overall, 61 percent of respondents say they feel less romantic pressure this Valentine’s Day than in previous years.

When asked how they plan to celebrate this year, 26 percent of singles are looking forward to treating themselves to some “much-needed self-care,” and 19 percent plan to go on a date. Sixty-three percent of single Gen Zers and millennials believe friendships and self-love should be celebrated just as much as romantic relationships. Three in five even admit they don’t celebrate their friendships as much as they should.

Those planning to spend Valentine’s Day with their friends plan to go out for a bite or drink (42%) or invite them to join in on their self-care night (36%).

“The pandemic continues to impact the way singles are connecting, and while dating is still a priority, singles are craving a broader sense of community,” says Kate MacLean, a dating expert at Plenty of Fish, in a statement. “Singles are increasingly focused on building and maintaining friendships that stem from common interests and similar passions. Nurturing those friendships allows singles to go through the dating journey with a strong support system, relieving the pressure to find dates and making the experience more fun.”

Not everyone is looking for love

Three-quarters of the poll (74%) believe connecting with someone new who shares the same hobbies is time well spent — even if it doesn’t lead to anything romantic. Almost seven in 10 (69%) think dating apps are just as good for finding friends with similar interests and hobbies as they are for searching for a romantic partner.

Sixty-three percent of those surveyed agree that most relationships and friendships will be made “completely” through the internet in the future.

“Having low-pressure, online experiences brings the sense of community and fun back to dating, so singles can video chat, livestream and have virtual date nights,” MacLean adds. “After all, just because you’re single, doesn’t mean you have to go through your dating journey solo.”