EVANSTON, Ill. — Do you struggle to remember someone’s name right after meeting them? The solution may be as simple as getting a good night’s sleep. A new study finds deep sleep helps to improve memory reactivation in the brain, allowing people to better connect names with faces.

A team from Northwestern University is the first to document the connection between this benefit of sleep and memory recall. Their study examined how well a group of young adults remembered a group of names following a nap. Each volunteer took a specific memory test, before re-taking the exam after reaching deep sleep.

“It’s a new and exciting finding about sleep, because it tells us that the way information is reactivated during sleep to improve memory storage is linked with high-quality sleep,” says lead author Nathan Whitmore, a Ph.D. candidate in Northwestern’s Interdepartmental Neuroscience Program, in a media release.

You really can learn while you sleep!

Researchers measured the electrical activity in the brains of 24 participants between 18 and 31 years-old taking a nap after the memory test. Each person had to memorize the faces and names of 40 students in a fictitious Latin American history class and 40 students in a Japanese history class.

Study authors showed the participants each face again, asking the group to come up with the right names of these hypothetical students. Afterwards, the participants took a nap while researchers monitored brain activity through EEG scans. When a participant reached the N3 level (or deep sleep) state, the team played some of the student names softly through a speaker along with music related to their class (Latin American or Japanese history).

Results show those reaching a level of deep, uninterrupted sleep experienced memory reactivation that improved their recall skills after waking up. On average, their improved memory allowed them to remember 1.5 more names when study authors conducted the name test again. 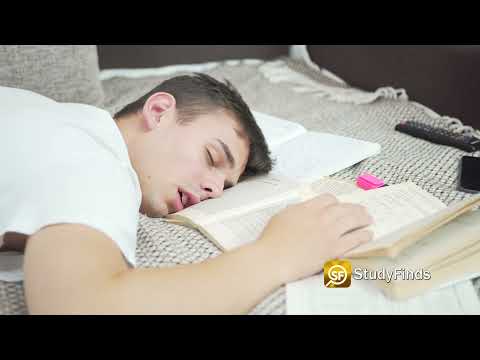 While a good and restful sleep appears to improve memory functions, researchers note that poor quality sleep can do the exact opposite.

“We already know that some sleep disorders like apnea can impair memory,” Whitmore explains. “Our research suggests a potential explanation for this — frequent sleep interruptions at night might be degrading memory.”

The team is now conducting a follow-up experiment, studying how deliberately disrupting someone’s sleep impacts certain regions of the brain connected to memory.

“This new line of research will let us address many interesting questions — like whether sleep disruption is always harmful or whether it could be used to weaken unwanted memories,” says senior author and professor of psychology Ken Paller. “At any rate, we are increasingly finding good reasons to value high-quality sleep.”

The findings appear in the journal NPJ: Science of Learning.

What’s the safest seat on a plane? Unfortunately it’s the least popular one24 mins ago