ORLANDO, Fla. — Does a parent’s posting habits on Facebook really change the way they interact with their kids? A new study finds parents who tend to post tons of pictures of their children on social media often have a more friend-like parenting style in general. A team from the University of Central Florida says they prefer to be more of a buddy to their children instead of an authority figure. In many cases, these parents also allow their kids to start using social media at an earlier age.

On a more detailed level, study authors explain that social media savvy parents usually have more permissive and confident parenting styles, allowing their kids to interact with social media themselves at younger ages. Moreover, social media-centric parents also frequently post pictures of their kids in areas outside of personal online circles of friends or followers. These images, posted to public social media groups and forums, potentially raise some serious privacy and safety concerns.

Finally, parents who love posting pictures of their families on social media typically don’t see their online activity as anything out of the ordinary and rarely if ever ask their children for permission.

“There is no doubt that many parents are very careful regarding what they share online about their children,” says co-researcher Mary Jean Amon, an assistant professor in the School of Modeling, Simulation, and Training (SMST) at UCF, in a university release. “And there are significant benefits to sharing photos with grandparents and groups who can offer support and help keep families connected. But we need to be aware of some of the privacy issues when sharing children’s information online and conduct further research to figure out long-term impacts. This is all still so new. We’re still learning.”

“We were interested in looking at what parents consider private when it comes to sharing young children’s information online and the perceived risks,” Prof. Amon continues. “We were surprised. Contrary to previous research that highlights the significant benefits of parental sharing, our study reveals that such sharing of children’s photos is associated with permissive parenting styles. That means parental sharing is linked to those parents having more friend-like relationships with their children and offering less guidance than other parents. Notably, permissive parenting has been linked to problematic internet usage among children.”

Generally, most parents who took the surveys told researchers they are comfortable posting pictures of their children on social media. Also, most parents feel “relatively comfortable” with others re-sharing those photos, and even think their kids would “enjoy” their images appearing online.

It’s especially interesting to note that parents didn’t seem to recognize all that much of a difference between exchanging photos with a friend or loved one privately and posting images to social media. Researchers say this suggests a troubling number of parents are underestimating just how risky it can be to both post images of their kids online publicly and allow a young child to start browsing social media themselves at an inappropriate age. 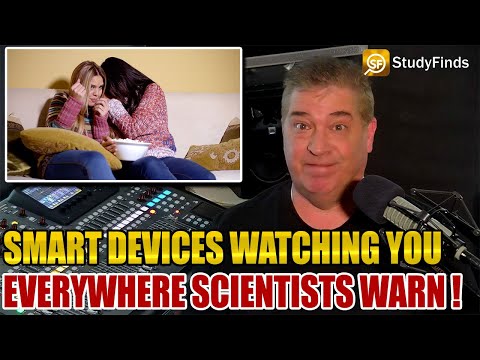 Introduced in 1998, the Children’s Online Privacy Act attempts to protect young children under the age of 13 from personal data collection online. However, study authors say countless kids still end up on social media at earlier ages. While social media platforms do have an official minimum age for use (13), lack of an actual verification system to truly enforce such age restrictions makes the entire preventive system ineffective.

It isn’t all that odd to see kids as young as seven or eight on platforms like TikTok or YouTube. On a related note, according to the 2021 C.S. Mott Children’s Hospital National Poll on Health, one-third of parents with children ages seven to nine admit their kids use social media. Roughly half of parents raising kids between 10 and 12 say the same.

“There are broader questions about children’s privacy in social media, where a central question remains as to how much autonomy and control children, including children of different ages, should have over their photos and information online,” Prof. Amon concludes.

The team notes that they still need to do more work on these topics, as well as the complex relationship between parental social media habits and the effects their posts have on their kids. For instance, will an adolescent or teen be more likely to post pictures of themselves on social media if their mother or father did so regularly when they were younger?

This research is published by the Association for Computing Machinery: Computer Supported Cooperative Work.