SÃO PAULO, Brazil — Maybe there really is something to the stories that strange things happen during a full moon. A new study finds that all biological organisms, from plants, to animals, to human beings, all have a connection to the gravitational forces coming the Sun and Moon.

Researchers from Brazil and the United Kingdom say their work reinforces the historical link between gravitational tides and how they affect the behavior of all life on Earth.

“All matter on Earth, both live and inert, experiences the effects of the gravitational forces of the Sun and Moon expressed in the form of tides. The periodic oscillations exhibit two daily cycles and are modulated monthly and annually by the motions of these two celestial bodies. All organisms on the planet have evolved in this context. What we sought to show in the article is that gravitational tides are a perceptible and potent force that has always shaped the rhythmic activities of these organisms,” study author Cristiano de Mello Gallep says in a media release.

The team reviewed past studies and also conducted experiments of their own, examining how both plants and animals set their biological clocks to the movement of these celestial objects. The new study shows that even when organisms don’t have light to judge the time of day, their bodies alter their behavior according to the gravitational tides acting on the planet.

“The data shows that in the absence of other rhythmic influences such as lighting or temperature, local gravitational tides are sufficient to organize the cyclical behavior of these organisms. This evidence questions the validity of so-called free-run experiments, in which several environmental factors are controlled but gravitational oscillations are not taken into consideration. These oscillations continue to exist, and may modulate the behavior of living organisms,” Gallep explains. 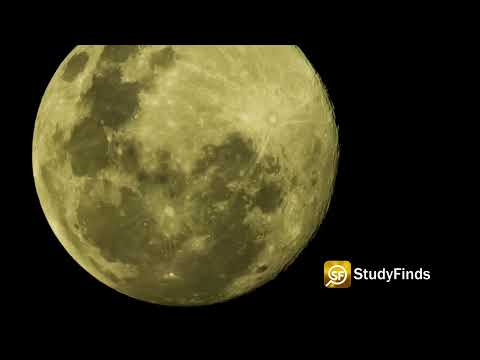 Body rhythms which sync up with night and day, better known as circadian rhythms, are a popular topic in sleep studies. Despite their importance to sleep patterns and general health, researchers found that they could take creatures out their natual light-and-dark environments, and they still maintained a regular body rhythm cycle in line with Sun-Moon tidal forces. One of these animals are crustaceans, such as crabs and lobsters.

“These animals modulate their behavior in tune with the ebb and flow of the tides, in a cycle of approximately 12.4 hours that derives from lunisolar dynamics, even when they’re moved to a laboratory with stable and controlled aquatic conditions,” Gallep says. “The pattern persists for several days, matching lunisolar tidal timing at the site where the organisms were collected in nature.”

The team notes that even though the gravitational effect of the Sun and Moon only have a fraction of the impact Earth’s gravity has on life, it’s still enough to cause changes to the oceans, rivers, lakes, and planet’s tectonic plates.

In experiments examining the sprouting of seeds, the team found that even plants make periodic adjustments to these cycles.

“I observed that changes in the signal collected appeared every 12 or 24 hours, but differed in each germination test. When I looked for support in the literature, I found studies pointing to a possible correlation with gravitational tides. We explored this phenomenon in subsequent tests on various types of seed, and also added results obtained in the laboratory by collaborators in Prague, Czech Republic, in Leiden, Netherlands, and in Hamamatsu, Japan,” Gallep concludes.

Syncing up with the Moon

Previous studies have revealed that people can also sync up with the Moon cycles when they don’t get enough sunlight. Study authors note that humans staying in the dark for long periods of time (like living in a cave) still established a cyclical fluctuation of 24.4 to 24.8 hours — which is in harmony with a lunar cycle.

This body rhythm cycle manages a person’s sleeping and wake times, mealtimes, and other metabolic processes.

The study is published in the Journal of Experimental Botany.