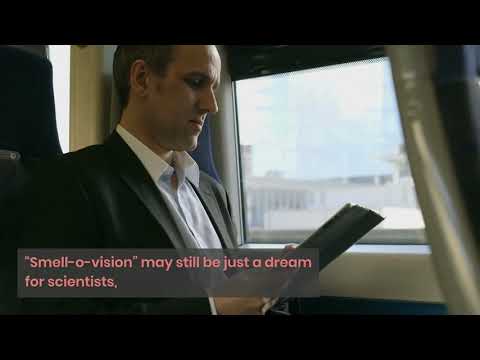 COLLEGE STATION, Texas — “Smell-o-vision” may still be just a dream for scientists, but a new study finds technology may be able to let you “feel” an object through your touchscreen. Researchers at Texas A&M University are working on a way to allow people to feel textures on a digital screen. With this kind of breakthrough, consumers in the future may be able to feel the texture of their new couch online — without having to actually touch the material in a store.

Cynthia Hipwell, the chair of A&M’s Department of Mechanical Engineering, is leading a team that’s developing technology which does more than just react to the sensation of touch. The goal is to create interfaces which can provide a user with a richer experience by making screens that mimic the feeling of physical objects.

“This could allow you to actually feel textures, buttons, slides and knobs on the screen,” Hipwell says in a university release. “It can be used for interactive touch screen-based displays, but one holy grail would certainly be being able to bring touch into shopping so that you could feel the texture of fabrics and other products while you’re shopping online.”

Taking touchscreens to the next level

Hipwell explains that current touchscreen technology benefits the screen more than the actual user. Study authors believe increasing haptic technology (the ability to manipulate objects through touch) will allow touchscreens to grow and give more back to users.

“When we look at virtual experiences, they’re primarily audio and visual right now and we can get audio and visual overload,” Hipwell adds. “Being able to bring touch into the human-machine interface can bring a lot more capability, much more realism, and it can reduce that overload. Haptic effects can be used to draw your attention to make something easier to find or easier to do using a lower cognitive load.”

“We’re looking at electro-wetting effects (the forces that result from an applied electric field), electrostatic effects, changes in properties of the finger, the material properties and surface geometry of the device, the contact mechanics, the fluid motion, charge transport — really, everything that’s going on in the interface to understand how the device can be designed to be more reliable and higher performing,” Hipwell explains.

“Ultimately, our goal is to create predictive models than enable a designer to create devices with maximum haptic effect and minimum sensitivity to user and environmental variation.”

When will shoppers be able to touch things online?

Researchers predict the first line of advanced touchscreens which mimic textures could end up in digital devices within five years. They add that early models are already in development.

“I think early elements of it will definitely be within the next five years,” Hipwell concludes. “Then, it will just be a matter of maturing the technology and how advanced, how realistic and how widespread it becomes.”

The study is published in the journal Advanced Materials.

Best Subway Subs In 2023: Top 5 Menu Items Most Recommended By Experts32 mins ago