BOCA RATON, Fla. — Move over “Sharknado,” scientists have found an actual shark that walks! The first-of-its-kind study by researchers at Florida Atlantic University reveals that young epaulette sharks are able to walk in and out of water using their paddle-shaped fins.

The species (Hemiscyllium ocellatum) grows to about three feet long and lives in reef flats like Australia’s southern Great Barrier Reef. Along with this stunning ability to walk around on their fins, study authors say epaulette sharks are also capable of another shocking feat.

Since reef flats see their oxygen levels fluctuate with the outgoing tide, epaulette sharks regularly experience brief periods of elevated CO2 and hypoxia — low oxygen. The team found that these sharks are actually able to live for two hours without any oxygen at all! Moreover, this period of complete anoxia does not appear to harm them in any way. Additionally, epaulette sharks are able to survive in much higher ocean temperatures than most other animals that need little oxygen.

The researchers, who collaborated with a team at Australia’s James Cook University and Macquaire University, note that there have been few studies on the body movements (kinematics) of these unique sharks. Those that have studied the topic only focused on adult sharks.

In the new study, researchers looked at the differences in how infant and juvenile sharks “walk” and swim during their development. They were expecting these movements to change over time because epaulette sharks go through some significant body changes early on.

Newly-hatched sharks retain embryonic nutrition in a yolk sac within their bulging bellies. Conversely, juveniles are much slimmer because the sac dissipates and the young shark is now hunting for worms, crustaceans, and small fish at that point.

Despite these extreme differences in their body shape, the study found neonate and juvenile epaulette sharks do not alter their slow-to-medium walking, fast-walking, and swimming motions at any point in their growth. Their overall velocity, fin rotation, axial bending, and tail beat frequency and amplitude remained consistent throughout these life stages.

“Studying epaulette shark locomotion allows us to understand this species’– and perhaps related species’– ability to move within and away from challenging conditions in their habitats,” says senior author Marianne Porter, Ph.D., an associate professor in FAU’s Charles E. Schmidt College of Science, in a university release.

“In general, these locomotor traits are key to survival for a small, benthic mesopredator that maneuvers into small reef crevices to avoid aerial and aquatic predators. These traits also may be related to their sustained physiological performance under challenging environmental conditions, including those associated with climate change – an important topic for future studies.”

The team says that examining the link between movement and physiological mechanisms needed to survive in harsh environments represents the next step in understanding how these strange predators may survive future climate disruptions in the ocean.

The study is published in the journal Integrative & Comparative Biology. 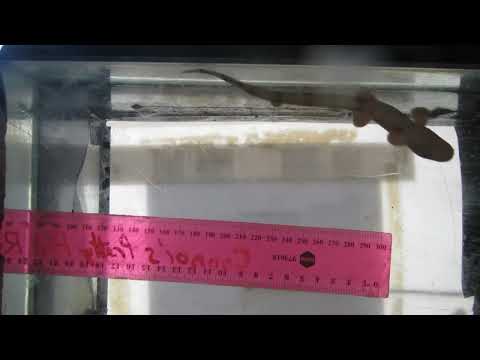