PARIS — Lots of exercise or physical labor will of course lead to feelings of fatigue, but a new study finds an afternoon of seriously hard thinking can also make people feel worn out as well. Researchers in France have uncovered why and how this occurs.

The research team explains that when a brain performs intense cognitive work for several hours or longer, potentially toxic byproducts build up in the prefrontal cortex. When that happens, it actually influences how people make decisions; directing us toward low-cost actions that require no effort or waiting as cognitive fatigue takes hold.

“Influential theories suggested that fatigue is a sort of illusion cooked up by the brain to make us stop whatever we are doing and turn to a more gratifying activity,” says Mathias Pessiglione of Pitié-Salpêtrière University, in a media release. “But our findings show that cognitive work results in a true functional alteration—accumulation of noxious substances—so fatigue would indeed be a signal that makes us stop working but for a different purpose: to preserve the integrity of brain functioning.”

A buildup of one amino acid may be the cause

To start, researchers set out to better understand mental fatigue in general. Gadgets and machines may be able to calculate facts and figures continuously, but our brains can’t. Study authors hypothesized that this is because humans need to recycle potentially toxic substances appearing from neural activity.

In search of evidence to support their theory, they used magnetic resonance spectroscopy (MRS) to view brain chemistry over the course of a usual “workday.” Researchers analyzed two distinct groups of people: those who need to think hard for work and those with “relatively easier cognitive tasks.”

Signs of fatigue, such as a drop-off in pupil dilation, only occurred among people in the hard-thinking group. Participants in that group also displayed a tendency to choose options that delivered rewards quickly with little effort. Moreover, this group showed higher levels of the amino acid glutamate in the synapses of the brain’s prefrontal cortex.

In combination with earlier evidence, study authors believe these findings support the idea that glutamate accumulation makes further activation of the prefrontal cortex “more costly.” In other words, maintaining cognitive control is harder after a mentally exhausting day.

Is there a way to bypass this mental limitation?

“Not really, I’m afraid,” Pessiglione concludes. “I would employ good old recipes: rest and sleep! There is good evidence that glutamate is eliminated from synapses during sleep.”

Moving forward, the team believes future studies should focus on figuring out why the prefrontal cortex is so susceptible to glutamate accumulation and fatigue. Additionally, researchers would like to determine if the same brain fatigue markers also predict recovery from various health conditions like cancer or depression. 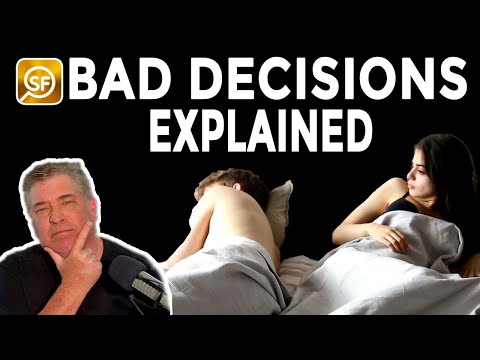 Meet RaiBo, the futuristic robot dog that loves a good run on the beach!7 hours ago