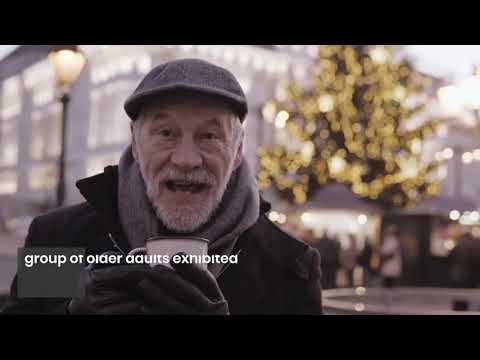 LIVERPOOL, England — Winter is just about here once again, which means it will be that much harder for many people to motivate themselves to get to the gym for a workout. The cold winter months tend to make all of us just a little bit more inclined to stay home with a hot cup of tea, but a new study finds it is especially important for older adults to stay moving this winter. After just two weeks of reduced physical activity (roughly 1,500 steps per day), a group of older adults exhibited prominent loss of muscle mass and significant weight gains, particularly around the waist.

Furthermore, according to the research team from the University of Liverpool, the remaining muscles experienced fat gains, subsequently causing a significant reduction in overall muscle strength. Also, this short period of inactivity was found to reduce bone health and density in elderly participants.

With these findings in mind, the research team suggest that older adults try as best they can to walk roughly 10,000 steps per day in order to avoid these developments.

This study is especially unique because it took a much more practical approach to the effects on inactivity on the body. Most sets of research on the topic had focused on extreme scenarios, such as astronauts in space unable to traditionally exercise, or people confined to bedrest for months at a time. For this experiment, however, the study’s authors wanted to investigate the effect of much less intense forms of inactivity.

So, a group of 26 younger adults and 21 older adults were gathered for the study. Before participating, each adult was typically walking over 10,000 steps per day, but weren’t engaging in any vigorous forms of exercise either. For the experiment, each participant reduced their activity to only 1,500 steps per day for a period of two weeks. This time span was chosen because it’s not uncommon at all for people to go one or two weeks without getting in much exercise or walking, perhaps due to an illness, bad weather, or simply the holiday season.

The researchers were interested to see if the older adult group would be more affected by the inactivity, considering everyone gradually loses muscle mass, strength, and bone density as they age. This may just sound like another fact of life associated with getting old, but as more and more people continue to live longer than ever before, medical professionals are beginning to notice that many people are living in poor health for longer periods of time.

While both the younger and older participants showed about the same amount of muscle loss and weight gain after the two week period, it’s important to remember that older adults already have less muscle, and often times more fat, to begin with in comparison to their younger counterparts. Consequently, researchers assert that inactivity is much more detrimental to older individuals.

Additionally, after just two weeks, only the older participants showed a steep decline in two essential physiological processes: cardiorespiratory fitness (CRF) and mitochondrial function. CRF means how efficiently muscles are supplied with oxygen during sustained periods of exercise. Meanwhile, mitochondrial function refers to cell energy production, which is essential to both muscle and metabolic health. The research team say it is likely that these observed deficiencies play a large role in overall body deterioration during periods on inactivity.

“The severe impact of short-term inactivity on our health is hugely important to communicate to people. If the gym is hard to get to, people should be encouraged to just meet 10,000 steps as even this can guard against reductions in muscle and bone health, as well as maintaining healthy levels of body fat,” says study author Juliette Norman in a release.

The study is set to be presented at The Physiological Society’s early career conference Future Physiology 2019.

Battle of the sexes survey: Are men or women better at saving money?42 mins ago