SINGAPORE — “Less is more” may be the key to unlocking big-time performances in the sports world, a new study finds. Researchers in Singapore and China say the best way to achieve this is by practicing wu-wei, or the art of non-doing or non-striving.

If you’ve ever heard an athlete talk about being “in the zone,” they typically all talk about how effortlessness their actions became — whether they were hitting a ball, seeing a target, or running around a course.

Sport psychologists encourage athletes to practice mindfulness as part of their mental preparation before major competitions. In general, mindfulness training tries to help people gain a non-judgmental view of that particular moment in time. Such practices often help people gain a heightened level of focus and can even provide a sense of “flow” in their actions. That’s where wu-wei comes in.

“Wu-wei is a key Chinese philosophical thought central to Taoism,” researchers write in the Asian Journal of Sport and Exercise Psychology.

“Mentions of wu-wei can be found in various parts of Lao Tzu’s Tao De Jing, a series of lessons for living with integrity and natural workings of the universe. For example, the translated verse ‘the world is not won by forceful effort’ is featured in Chapter 38 of the Tao De Jing,” the team adds.

“This phrase clearly indicates the de-emphasis of deliberate effort while still having outcomes accomplished. In the Chinese language, wu has the connotation of nothingness, and wei refers to doing or action.”

Other examples of how to practice the effortless motions and actions of wu-wei include painting and drawing, listening to a friend, or unplugging from all the technology pulling at your attention.

“There have been discussions about the similarity between wu-wei and flow in the literature. With the increased adoption of mindfulness in sport psychology, we would like to convince colleagues in the field to consider the wu-wei alternative,” explains lead author Ying Hwa Kee, an associate professor in the National Institute of Education at Singapore’s Nanyang Technological University, in a media release. 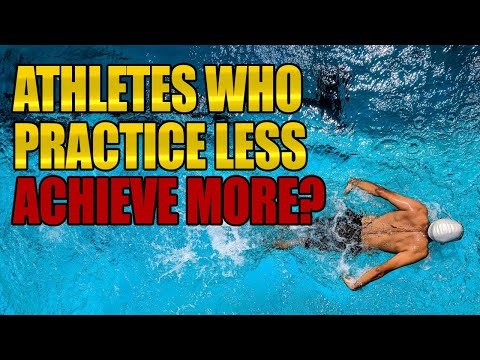 Could wu-wei boost athletic success in the pandemic era?

Study authors note their review of the link between wu-wei and mindfulness highlights previous studies which show the benefits of practicing wu-wei among swordsmen and archers. With that in mind, a “non-active” approach to sports training may be just what athletes need as the ongoing pandemic changes how people prepare for upcoming competitions.

“Improving athletes’ performance is only one aspect we look at,” Kee says. “Participants in elite sport who couldn’t train during the pandemic have reportedly claimed that while winning and being at the top is great, they now realize it is ‘just a moment in the sun’. This suggests that the pandemic may be changing how athletes view striving, competition and vulnerabilities. Further understanding of wu-wei and non-striving could well add new dimensions to the way that ‘success’ in sport is perceived. For that to happen, we need more discussions on this topic, which we hope this review will help to promote.”