MISSOULA, Mont. — What’s going on at Yellowstone National Park? Researchers have discovered that local wolves are carrying strange parasites which make the predators more likely to take risks. At the same time, a separate study has found that there’s even more liquid magma hidden under the Wyoming park’s ancient supervolcano — sparking renewed fears of a future eruption.

The first study, conducted by researchers at the University of Montana, found that this common parasite among cats can literally alter the carrier’s brain. In this case, it turns wolves into risk-takers and makes them more likely to break away from their groups and become pack leaders elsewhere in Yellowstone.

The single-celled creature named Toxoplasma gondii is also known as the “mind-control parasite.” Scientists say the bug “prefers” to live in cats and spreads through spore-packed oocysts in their feces.

T. gondii is capable of infecting all warm-blooded mammals. Previous studies have shown that it can make people appear more attractive to others, but it may also increase the risk that carriers develop a rare form of brain cancer.

During their research, wildlife biology doctoral student Connor Meyer and the team tested the blood of 243 wolves in Yellowstone for T. gondii antibodies. They found that more than 27 percent were infected with the parasite.

“Eventually we found the most significant predictor of infection with wolves was when their range overlapped areas with high mountain lion density,” Meyer says in a university release. “So, with no elk testing positive, we hypothesized they were getting infected directly by cougars.”

Meanwhile, geologist Ross Maguire from the University of Illinois Urbana-Champaign and an international team found that the Yellowstone supervolcano in northwest Wyoming may be even more volatile than scientists have previously suspected. Their study revealed significantly more liquid magma under the surface.

The revelation could help geologists estimate when the next major eruption will occur. Luckily, the team says finding more magma doesn’t necessarily mean the supervolcano is more likely to erupt any time soon.

“Although our results indicate that Yellowstone’s magma reservoir contains substantial melt at depths that fueled prior eruptions, our study does not confirm the presence of an eruptible body or imply a future eruption,” Maguire and the study authors write in the journal Science.

Researchers used a newly developed tomographic imaging technique to examine seismic wave recordings at the Yellowstone volcano, taken between 2000 and 2018. Based on the speed of the waves at different depths, the team estimates that the “magma reservoir” beneath Yellowstone has a partial melt fraction of 16 to 20 percent. Previous studies have estimated that only 10 percent of the magma under Yellowstone is liquid.

To put that into context, geologists believe that a volcanic eruption takes place when the amount of liquid magma sits between 30 and 50 percent. While that sound like good news for the United States right now, the team notes they can’t rule out missing other pockets of liquid magma in their scans.

“The melt fraction we estimated is substantially lower than what would be expected if a large fraction of the Yellowstone reservoir were in the eruptible stage of its life cycle,” the researchers conclude. “However, the presence of small subset volumes of concentrated silicic melt cannot be ruled out.” 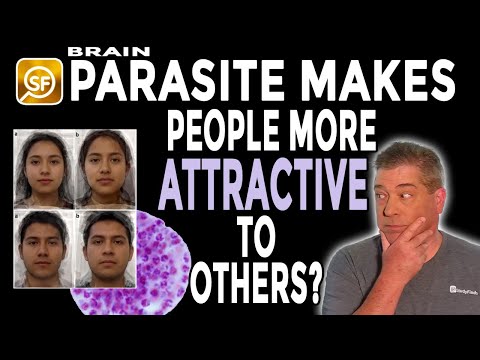 A deadly gas to humans may actually be what kickstarted life on EarthFebruary 6, 2023

How do you save a friendship? Researchers suggest acting more like them30 mins ago

Who wins Super Bowl LVII? Computers playing Madden NFL 23 have the answer — and the score!58 mins ago