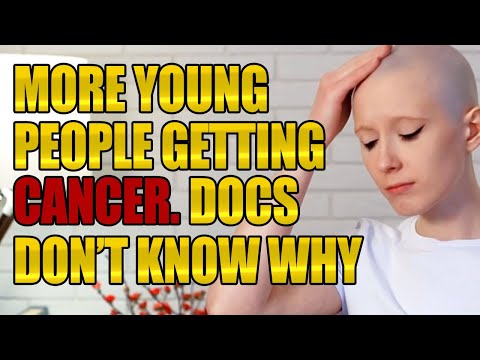 After analyzing data provided by the South Australian Cancer Registry, study authors report an undeniable increase in young-onset (ages 18–50) gastrointestinal cancers over the last three decades. Researchers stress the need for greater focus on this growing problem, both in Australia and around the globe. More specifically, they’re calling for scientists to come together and identify the socio-demographic factors responsible for this influx in cancer diagnoses.

“The trend observed in the young cohort of esophageal, stomach, colon and rectum, and pancreas cancer cases was not mirrored in older individuals aged over 50 years,” says lead study author Associate Professor Savio Barreto in a media release. “This increased incidence, though apparent in both sexes, was more pronounced in men compared to women. Improved survival in the young-onset cohort was only seen in patients with colorectal cancers, but not those with cancer of the esophagus, stomach and pancreas.”

A look closer, however, reveals a concerning trend. The amount of young people with cancer slowly increased from 650 in the 1990s (9.3 for every 100,000 people) to 759 between 2010 and 2017. Moreover, the study finds cancer incidence rates increase by one percent every single year among younger males (ages 18-50).

“The biggest concern is that we don’t know what the causes for this disturbing trend are,” explains Professor Claire Roberts, a Matthew Flinders Fellow at Flinders University. “Young-onset carcinogenesis is an area that warrants urgent research. We need to identify potentially modifiable factors that could enable us to stem the rising incidence rates.”

What’s behind this troubling trend? Scientists say that lifestyle factors such as lack of exercise, poor diet, and drug use can put a person at a higher risk of cancer. Many experts believe exposure to such factors early in life, even before birth, can predispose someone toward a cancer diagnosis later on in young adulthood.

The study is published in the journal Cancers.