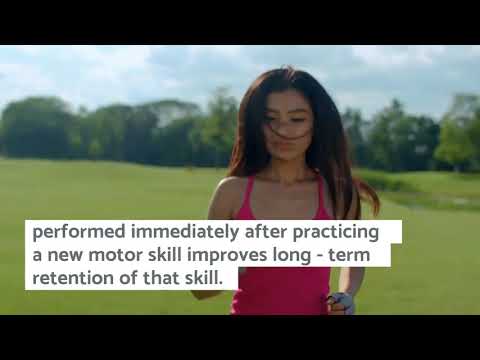 MONTREAL — Learning new motor skills, such as how to hit a baseball or serve a tennis ball, is a complex task for the brain because it essentially requires “rewiring” of sorts to coordinate this new action effectively. But a new study may have discovered a simple way to make this problem easier for the brain, and all it takes is just 15 minutes.

Researchers at McGill University in Canada say that 15 minutes of cardiovascular exercise performed immediately after practicing a new motor skill improves long-term retention of that skill. This 15-minute burst of physical activity increases brain connectivity and efficiency. The research has implications not only for athletes but for those who have suffered strokes or have mobility problems, as well.

For the study, the authors asked participants to perform two similar, simple motor function tasks. The first, a “pinch test,” gives participants a dynamometer that records grip strength, similar to a joystick, that the user squeezes with different degrees of force to move a cursor up or down on a screen. This task involved motor learning for the participants, who had to modulate their grip force to move the cursor. After this test, the participants either exercised or rested for 15 minutes.

The second task was a shortened version of the first — a handgrip task. The participants performed the handgrip task at intervals of 30, 60, and 90-minute intervals after exercise or rest. The researchers then assessed their level of brain activity.

“Because the neural activation in the brains of those who had exercised was much lower, the neural resources could then be put to other tasks,” says first author Fabien Dal Maso, in a media release.

Adds Dr. Marie-Helene Boudrias, one of the senior authors on the paper: “What this means, in concrete terms, is that exercise may help free up part of your brain to do other things.”

So if you plan on using a new skill with regularity, hit the pavement afterwards for 15 minutes. It may make a world of difference in your progress.

The study is published in the journal NeuroImage.