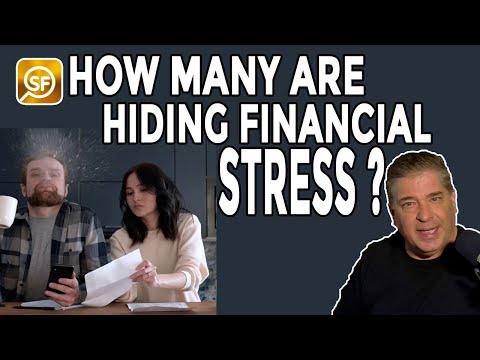 The average respondent believes it will take them 38 years to pay off their credit card debt.

NEW YORK — Two-thirds of Americans are trying to keep their financial struggles a secret. A recent survey of 2,000 U.S. adults found that 66 percent have avoided social events because they’ve felt embarrassed or uncomfortable about their financial situation.

Conducted by OnePoll on behalf of Beyond Finance for Mental Health Awareness Month, the survey also found that 67 percent engage in “stress shopping” when feeling financially overwhelmed and end up buying things they don’t need.

People tend to buy more collectibles they don’t really like (51%), fast food (51%), expensive clothing and accessories (50%), and even duplicates of items they already own (48%). Three in five (61%) feel like they’re not earning enough money to live their life to the fullest. Those with annual household incomes under $30,000 were the most likely to say so (78%), as well as Northeasterners compared to respondents from other regions (75%).

On average, people think they’d need to earn a minimum of $86,000 to never feel stressed about their finances again. However, according to the poll, earning an additional $1,331,515 per year could also lead to additional stress for respondents.

Regardless of how much money they earn, 57 percent say their finances will always make them feel stressed. Turning to others for help may not always be an option, as six in 10 (61%) are uncomfortable talking about their financial stress with other people.

Decades of debt on the calendar?

Some people react to feeling stressed or overwhelmed by their finances by blaming themselves for “not doing enough” (35%) and avoiding looking at or paying their bills (35%).

“Our results show that people report feeling just as stressed about their finances now as they did before the pandemic — 61 percent of people today versus 60 percent in 2019 — and not everyone may be fully aware of how overwhelmed they really feel,” says a spokesperson for Beyond Finance in a statement.

Eight in 10 report having some form of debt. Forty-two percent add their debt has taken a toll on their self-esteem, with others noting their job productivity (38%) and physical health (38%) have also been adversely affected.

Those polled believe that on average, it’ll take them a whopping 38 years to pay off their credit card debt.

“Symptoms of acute financial stress, such as finance-related avoidant behaviors, feelings of isolation, and guilt can affect anyone, regardless of how much money they earn,” the spokesperson adds. “There are options available to help diminish or refinance debt and give people greater peace of mind.”