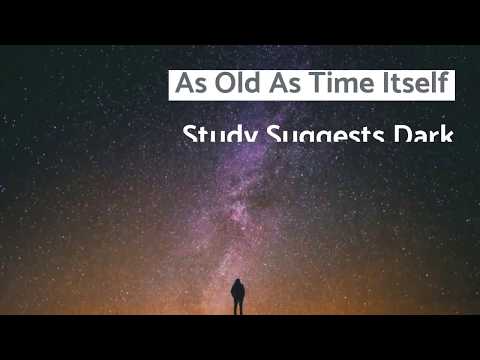 BALTIMORE — Astronomers and astrophysicists have wrestled with the concept of dark matter for decades. This mysterious substance is believed to make up about 80% of the universe’s mass, but no one truly understands what it is and how it came to be. Now, a study by researchers at Johns Hopkins University suggests another confounding detail about the mysterious substance: it may predate the Big Bang — when all normal matter in the universe first appeared.

Researchers say the study presents a new idea regarding how dark matter was born in the first place, and how to identify it using astronomical observations.

“The study revealed a new connection between particle physics and astronomy. If dark matter consists of new particles that were born before the Big Bang, they affect the way galaxies are distributed in the sky in a unique way. This connection may be used to reveal their identity and make conclusions about the times before the Big Bang too,” says lead author Tommi Tenkanen in a media release.

What astronomers do know about dark matter is that it plays a large role in the formation of galaxies and galaxy clusters. Dark matter is not directly visible, but astrophysicists know it exists by observing its gravitation effects on the movements of visible matter and the distribution of that matter in space. Up until now, the dominant believe among researchers was that dark matter must be a leftover substance from the Big Bang. Unfortunately, all experimental searches to actually find dark matter have been unsuccessful.

“If dark matter were truly a remnant of the Big Bang, then in many cases researchers should have seen a direct signal of dark matter in different particle physics experiments already,” Tenkanen explains.

The research team developed a new mathematical framework to try and understand more about dark matter. Their findings suggest that dark matter was actually produced before the Big Bang, during an era known as cosmic inflation, when space was expanding rapidly. This cosmic inflation period is already known to have produced particles called scalars. For reference, only one scalar particle has been discovered by scientists thus far, the famous Higgs boson, or “God” particle.

“We do not know what dark matter is, but if it has anything to do with any scalar particles, it may be older than the Big Bang. With the proposed mathematical scenario, we don’t have to assume new types of interactions between visible and dark matter beyond gravity, which we already know is there,” comments Tenkanen.

While it is true that other astronomers have already theorized that dark matter predates the Big Bang, this is the first study to produce concrete calculations that support the theory. In fact, if this study’s findings are indeed true, that would mean that researchers have been overlooking the simplest possible mathematical scenario that would explain dark matter’s origins.

Additionally, the study also presents a way to test its findings; observe the signatures left by dark matter on other substances being distributed throughout the universe.

The study’s research and conclusions may be verified or falsified once the Euclid satellite is launched in 2022. Euclid will observe astronomical movements in space. “It’s going to be very exciting to see what it will reveal about dark matter and if its findings can be used to peak into the times before the Big Bang,” Tenkanen adds.

The study is published in the journal Physical Review Letters.