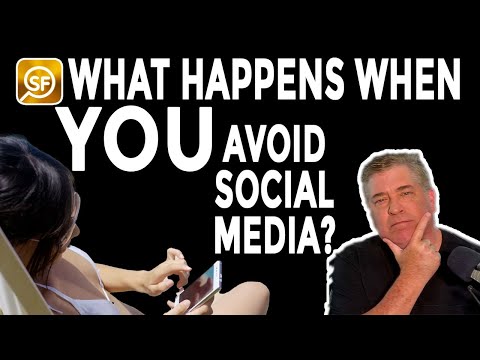 BATH, United Kingdom — Doctors may soon be writing a very simple prescription to improve your mental health: “get off social media!” A new study finds avoiding social media platforms for just one week significantly improved a person’s well-being and also lowered levels of both anxiety and depression.

A team from the University of Bath found that social media users can sometimes spend up to nine hours on their favorite platforms in a single week. This includes endlessly scrolling through Instagram, Facebook, Twitter, and TikTok.

Previous studies have found conflicting data when it comes to the benefits and harms of social media. While some reports have disputed claims that social media is addictive (especially for children), others have noted up to 50 harmful effects of constantly browsing these platforms.

To find out what happens when someone “detoxes” from social media, study authors gathered 154 people between the ages of 18 and 72 who all use social media daily. On average, these people spent around eight hours of their week browsing various social platforms. After one week of normal use, the team randomly split the participants into one of two groups — one using social media as normal and the other trying to avoid any social media use for one week.

It’s hard to stay offline, but it can really improve your health

Even though researchers asked the experiment group to stay off social media, the team found that was a difficult task for most of the participants. Although the no-social media group did cut their use, they still spent an average of 21 minutes online — roughly three minutes a day. That’s still a huge drop-off from their peers in the control group, who spent an average of seven hours on social media during the experiment week.

In comparison to mental health scores gathered at the start of the study, results show that avoiding social media for a full week led to dramatic improvements in each participant’s well-being, regardless of age. The experiment group also displayed noticeable drops in anxiety and depression. The team is now hoping to expand this project to see how detoxing from social media for a longer period of time impacts long-term mental health scores.

“Scrolling social media is so ubiquitous that many of us do it almost without thinking from the moment we wake up to when we close our eyes at night,” says lead researcher Dr. Jeff Lambert in a university release.

“We know that social media usage is huge and that there are increasing concerns about its mental health effects, so with this study, we wanted to see whether simply asking people to take a week’s break could yield mental health benefits,” Dr. Lambert continues. “Many of our participants reported positive effects from being off social media with improved mood and less anxiety overall. This suggests that even just a small break can have an impact.”

The study is published in the journal Cyberpsychology, Behavior, and Social Networking.