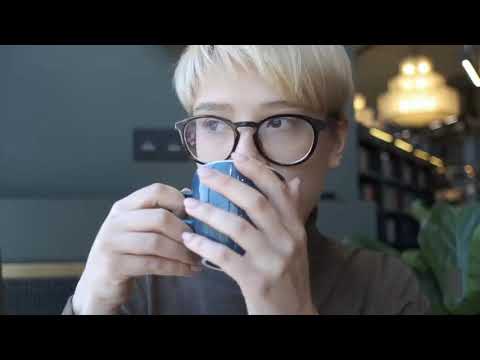 LONDON — It turns out humans aren’t the only ones who can benefit from a strong cup of coffee in the morning. A new study shows that bees also get a buzz from caffeine — and it helps them become more productive on the job too!

There’s nothing like a shot of espresso when you need to get some studying done. Now scientists say the vital pollinator learns better too when nectar is laced with the pick-me-up. The phenomenon could help save the threatened insect and boost farming.

“When you give bees caffeine, they don’t do anything like fly in loops, but do seem to be more motivated and more efficient,” says Dr. Sarah Arnold, a behavioral entomologist at Greenwich University in south east London, in a media release. “We wanted to see if providing caffeine would help their brains create a positive association between a certain flower odor and a sugar reward.”

The study, published in the journal Current Biology, found bumblebees fed caffeine were better at remembering the smell of a specific flower with nectar inside. It has big implications for agriculture, including strawberry growers, said Dr Arnold. They buy dozens or even hundreds of boxes of commercial bumblebees a year to boost crops.

Many stray toward neighboring wildflowers instead of the delicious summer fruit. They can be taught to prefer plants containing the stimulant, explains Arnold. “We leave wildflower resources for the wild bees – and the growers are getting more value for their money spent on the nests. It’s a win-win solution for everybody,” she says.

Previous studies have shown bees like the stimulant and will more frequently visit caffeinated flowers to get it. But this is the first to demonstrate consuming it in their nest actually helps bees find certain flowers outside.

Choosing the best flower for food isn’t as easy as it seems for bees. “It’s really quite a challenging environment out there for bumblebees because they don’t have extraordinarily sharp vision at long range,” adds Arnold. “They need to rely on a lot of cues, such as their sense of smell, to find good flowers.”

Caffeine, found naturally in coffee and citrus, is known to play a role in converting bees into faithful customers of caffeinated flowers. Earlier experiments have indicated bees have a preference for the smell of flowers with caffeinated nectar. But they have mostly been designed to give bees caffeine at the flower itself.

Dr .Arnold and colleagues discovered caffeinated bees actually have better memories, rather than just crave the chemical. They provided bees with caffeine at their nest while they learned to associate a specific smell. The synthetic odor blend mimics the scent of a strawberry flower, with a delicious sugar solution. Afterwards, when they were sent out to forage for food and chose the strawberry-scented flowers, they would be rewarded with a sugary, but decaffeinated, nectar.

In tests, 86 previously untrained bumblebees were divided into three groups. Two got either the strawberry odor with a caffeinated sugar solution or sugar solution alone, allowing them to learn the positive association. The third received the sugar solution without any linked scent.

In a flight arena, bees were let loose where they had to choose between two types of robotic flowers. They contained the strawberry odor they were already exposed to, or distractors with another fragrance. Seven-in-ten of the caffeinated bees visited the strawberry flowers first — much higher than chance.

In comparison, 60 percent given the strawberry odor and sugar but without caffeine, and 45 percent only sugar, initially chose the strawberry flowers. It suggests caffeine had a noticeable impact in improving the bees’ ability to recognize a strawberry flower from its odor — and to remember it has their desired nectar.

The preference didn’t last long. The caffeinated bees quickly began visiting the other type of flower almost equally too.

“This is something we could have anticipated, because the bees got sugar no matter if they visited the target flower or the distractor flower,” adds Arnold. “In some ways, they were unlearning just as fast as they were learning.”

The researchers also noticed that caffeine had a subtle effect on the bees’ “handling speed,” or the number of flowers they were visiting in a given amount of time. All got faster over time, but the caffeine bees improved the most rapidly, which suggests caffeine also improves motor learning skills.

Bees produce over a third of our food. They are being wiped out by climate change, pesticides and diseases – reducing humans’ ability to grow crops. Their decline has far-reaching consequences. Insects provide a food source for many birds, amphibians, bats and reptiles.

A recent scientific review of insect numbers around the world suggested that 40% of species were undergoing “dramatic rates of decline”. Bees, ants and beetles are disappearing eight times faster than mammals, birds or reptiles, scientists say.