ATLANTA, Ga. — Grilling up a juicy burger is one of the signature smells of summer. While many plant-based alternatives may come close to mimicking the taste of a beefy burger, matching that classic scent is another story. Now, a new study reveals one plant-based burger comes closer than others to fooling meat eaters who give it a sniff.

Researchers with the American Chemical Society tested the compounds produced by cooking a real hamburger patty and eight plant-based alternatives to meat. Their findings reveal the “Beyond Burger” from Beyond Meat comes the closest to the odor of an actual hamburger. The Beyond Burger checked off the meaty, fatty, and grilled meat characteristics, but scientists admit it’s still “significantly different” from the real thing.

How plant-based burgers were tested

With more studies revealing a link between the meat industry and climate change, along with a meat production shortage during the coronavirus pandemic, more people worldwide are giving plant-based meat alternatives a try. For meat eaters however, a winning product needs more than just the right taste. The perfect alternative also needs the right texture, appearance, and smell.

“During the last several years, increasing awareness of the impact of meat production on climate change, as well as meat shortages during the pandemic, have made people more accepting of plant-based alternatives,” adds LiLi Zyzak, Ph.D., the project’s principal investigator, in a media release. “There are a lot of products out there, and food companies are doing interesting research, but nobody ever publishes anything because it’s a trade secret.”

With that in mind, researchers analyzed many of the current options on the market today to see which comes closest. Aside from the Beyond Meat burger, the study finds several of the other contenders still have a long way to go.

Study authors explain that raw hamburger meat has very little odor. Grilling it up, however, releases hundreds of volatile compounds that give the burger both its taste and aroma.

“The problem with plant-based burgers is that the plant protein itself contributes a strong odor,” says Zyzak, of Eastern Kentucky University. “For example, pea protein smells like green, cut grass, so companies have to find a way to mask that aroma. Some use heavy seasonings.”

Beyond just the scent of a burger

Researchers cooked up all these burgers and evaluated the aromas using five different descriptions: meaty, fatty, buttery, sweet, and roasted. They then used gas chromatography – mass spectrometry (GC/MS) along with human smell tests to examine all these scents.

When it comes to the Beyond Burger, study authors find the compounds 1-octen-3-ol, octanal, and nonanal give the plant-based burger its meaty smell. The team notes that another brand came closer in appearance to a real hamburger, but ended up smelling like yeast or bread. This patty produced higher levels of methyl butanals and propionic acid. Several of the other alternatives had odors which were heavy on seasonings, garlic, or barbecue sauce.

Researchers add another challenge companies face is creating the right blend of vegetable oils to mimic a burger’s fatty meat smell. Moving forward, Zyzak is hoping to use these findings to create a mixture of odor compounds that finally reproduces the authentic burger experience. 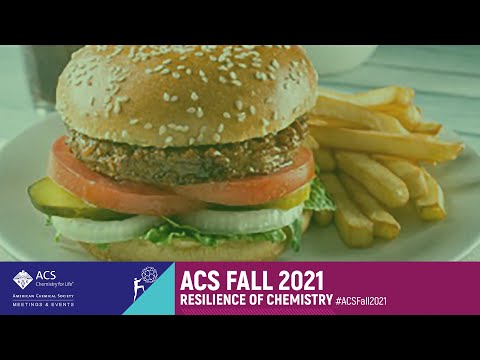 Chinese spy balloon shot down: Aerospace expert explains how these aircraft work and what they can see4 hours ago

Best Places To Live In Colorado: Top 5 Cities Most Recommended By Experts5 hours ago