‘I’ve been comparing Hubble images for years and I’ve never seen anything quite like it.’

SEATTLE — A recent analysis of the “Butterfly Nebula” is making astronomers rethink what they know about nebula creation throughout the universe. Understanding the formation of nebulas tells a story of how the materials of star systems in the past came into existence billions of years ago and what to expect for the future. In this case, the Butterfly Nebula is presenting astronomers with a cosmic sight that’s unlike anything they’ve seen before!

Nebulas form when red giant stars run out of helium fuel, according to researchers from the University of Washington. In response, they shed off their outermost layers, becoming hot, dense white dwarf stars the size of Earth. The discarded layer is rich in carbon. As it drifts into outer space, it forms jaw-dropping patterns in the interstellar medium. Most nebulas form a circular pattern, but few have an hourglass or wing-like shape like the one astronomers are calling the “Butterfly.” Researchers believe the winged shape is created from a gravitational tug of a second star orbiting the nebula’s “parent” star, causing the material to expand into nebular lobes or “wings.”

Until now, the traditional school of thought was that the wings grow bigger without losing their original shape — like an expanded balloon. When UW astronomers compared Hubble photos of the Butterfly Nebula taken in 2009 and 2020, however, they saw that powerful winds caused huge changes in the material within the wings. What’s unclear is how this change is possible from a “sputtering, largely moribund star with no remaining fuel.”

“The Butterfly Nebula is extreme for the mass, speed, and complexity of its ejections from its central star, whose temperature is more than 200 times hotter than the sun yet is just slightly larger than the Earth,” says study leader Bruce Balick, a UW professor emeritus of astronomy, in a university release. “I’ve been comparing Hubble images for years and I’ve never seen anything quite like it.”

What’s going on at the heart of this nebula?

In a galactic version of “spot the difference,” astronomers compared Hubble pictures of the Butterfly nebula 11 years apart. Their goal was to study the speeds and growth patterns of features within the wings. One of the findings was the discovery of a half-dozen “jets” — beginning about 2,300 years ago and ending 900 years ago — that pushed material out in a series of asymmetrical outflows. The material in the outer portions of the nebula moved quickly at a rate of 500 miles per second. Meanwhile, material closer to the center of the star expanded slowly at a tenth of that speed. As jets burst and cross one another, they form “messy” structures and growth patterns within the wings.

One potential explanation for the changing interior structure of the nebula is that the center star could have fused with a companion star or drew material from a nearby star. This, in turn, would have created complex magnetic fields and formed the jets. However, the study authors warn this is only a hypothesis and there may be other factors contributing to the changes.

“At this point, these are all just hypotheses,” says Balick. “What this shows us is that we don’t fully understand the full range of shaping processes at work when planetary nebulae form. The next step is to image the nebular center using the James Webb Space Telescope, since infrared light from the star can penetrate through the dust.”

The findings could inform us of the future fate of our sun, which will eventually swell up into a red giant and create a nebula in the distant future.

“It’s a creation story that is happening over and over again in our universe,” adds Balick. “The shaping processes provide key insight into the history and impacts of the stellar activity.”

The research was presented at the 241st meeting of the American Astronomical Society. 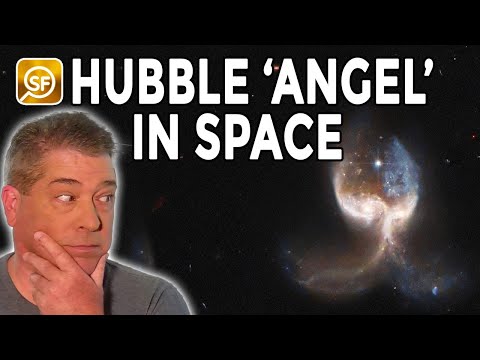 Best Online Jewelry Stores In 2023: Top 5 Companies Most Recommended By Experts58 mins ago