POZNAN, Poland — Potatoes and tomatoes contain compounds that may be useful for developing new cancer drugs, according to new research.

Cases of cancer continue to rise worldwide, while progress on finding effective new treatments that don’t cause harmful side-effects has been slow and difficult. However, Polish researchers have found that glycoalkaloids, which are naturally-occurring compounds in commonly consumed vegetables, may have the potential to fight cancer cells.

“Scientists around the world are still searching for the drugs which will be lethal to cancer cells but at the same time safe for healthy cells,” says lead study author Magdalena Winkiel from Adam Mickiewicz University in a media release.

“It is not easy despite the advances in medicine and powerful development of modern treatment techniques. That is why it might be worth going back to medicinal plants that were used years ago with success in the treatment of various ailments. I believe that it is worth re-examining their properties and perhaps rediscovering their potential.”

Winkiel and her team focused on compounds that are present in plants part of the Solanaceae family, otherwise known as nightshades. This family contains lots of popular plant foods like eggplants and tomatillos, but also plenty of toxic plants that use their compounds as a defensive mechanism against animals that eat them. As such, it could be toxic to humans to receive these compounds without first controlling the dose. Once researchers determine an appropriate dose however, these alkaloids could greatly change the world of cancer treatment.

How do vegetable compounds fight cancer?

Glycoalkaloids are capable of not only inhibiting cancer cell growth, but also promoting cell death. These are the key components to successful cancer treatment and controlling the spread. Though there are several unknowns, lab studies have suggested that these compounds aren’t toxic and don’t damage DNA, but there may be negative effects on reproductive systems.

The five compounds studied in this work are solanine, chaconine, solasonine, solamargine, and tomatine. Chaconine, found in potatoes, has been shown to have anti-inflammatory properties and can even treat sepsis. Solanine, also found in potatoes, may stop some potentially cancer-causing chemicals from turning into actual carcinogens in the body, and can inhibit metastasis. Research on leukemia cells has also shown that at therapeutic doses, solanin can kill them.

Solamargine, mostly found in aubergines, can stop liver cells from proliferating. The compound can also target cancer stem cells, which scientists consider a key in cancer drug resistance. As such, scientists believe that solamargine could be critical as a complementary treatment option. Solasonine, which is found in several plants from this family, may also attack cancer stem cells by targeting the same pathway. Tomatine from tomatoes can help support the body’s cell cycle regulatory processes, which in turn can help the body support itself and kill cancer cells.

Though promising, there needs to be more solid findings in support of glycoalkaloid use in oncology. Winkiel and her team agree that more substantial research is necessary to understand the potential of these compounds, as well as their mechanisms of action and safety implications before considering clinical applications.

“Even if we cannot replace anticancer drugs that are used nowadays, maybe combined therapy will increase the effectiveness of this treatment,” Winkiel concludes. “There are many questions, but without detailed knowledge of the properties of glycoalkaloids, we will not be able to find out.”

The findings are published in the journal Frontiers in Pharmacology. 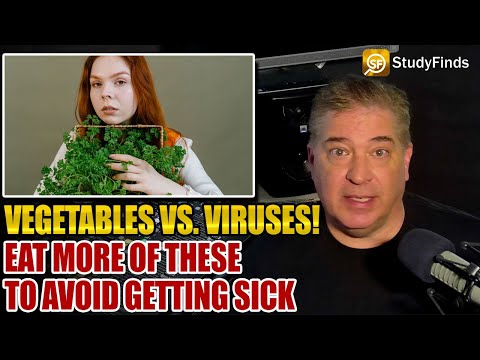 Hormone injection could treat low libido, bring back desire for men and women19 mins ago