FRANKFURT, Germany — Between poor posture, hours of sitting each day at work, and plenty of stressful movement, back pain is constant problem for many people. Some find relief from exercise and strength therapy, but researchers from Goethe University Frankfurt wanted to know what’s actually most effective. They found that individualized treatments, along with cognitive behavioral therapy (CBT), increased the success rate for patients by 84 percent over generic treatments.

The meta-analysis included data from 58 randomized controlled trials (RCTs) that amounted to over 10,000 patients worldwide with chronic lower back pain. The research team filtered data relevant to the topic from original manuscripts and evaluated it within groups. During the examination process, they aimed to identify the extent to which standard treatment helps and compared it to individualized treatments by measuring differences in results.

In this case, individualized care included personal coaching which considers the specific needs of the patient. Also, the patients were an active part of creating the type of therapy experience they desire.

They then delved deeper, comparing a third group of treatment methods in addition to the standard and individualized ones. This group combined CBT with the individualized approach to help patients better manage their pain by reducing negative thoughts surrounding it. It’s intended to remind patients that they can have a different outlook and view themselves as something other than hopeless.

How well does personalized care improve back pain?

The team found that in the first parts of their research, individualized care resulted in much stronger effects on those with chronic back pain compared to standard interventions, with a success rate that was 38 percent higher.

“The higher effort required for individual treatment is worthwhile because patients benefit to an extent that is clinically important,” says lead author Dr. Johannes Fleckenstein from the Institute of Sport Sciences at Goethe University Frankfurt in a media release.

With the inclusion of CBT, the success rate for achieving pain relief jumped up to a staggering 84 percent over standard pain management approaches. Fleckenstein is now urging public health officials to take these findings seriously in policy. He thinks there’s a good chance that could happen in Germany.

“Compared to other countries, such as the USA, we are in a relatively good position in Germany. For example, we issue less prescriptions for strong narcotic drugs such as opiates. But the number of unnecessary X-rays, which, by the way, can also contribute to pain chronicity, and inaccurate surgical indications is still very high,” Fleckenstein explains.

While these therapies aren’t as profitable as pharmaceuticals, shifting pain therapy to more therapeutic approach can save the healthcare economy a lot of money over time. Therefore, it’s a win-win for both patients and care providers.

The findings are published in the journal Pain. 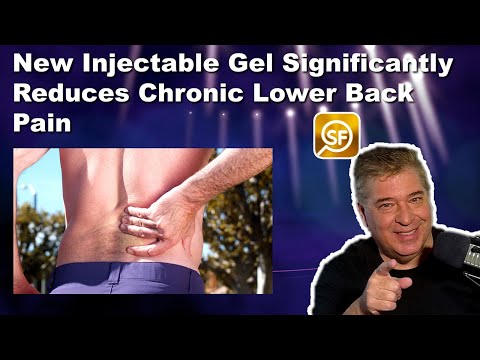 Best Women’s Hairstyles In 2023: Top 5 Trending Cuts Most Recommended By Stylists 44 mins ago