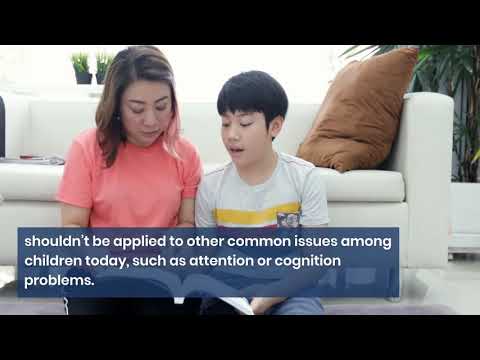 AMSTERDAM — Over the past 20 years or so, more parents all over the world are waiting to have kids at a later age. With this trend in mind, a Dutch study conducted across multiple universities set out to examine behavior patterns among children born to older parents. Researchers discovered that children born to older parents tend to have less external behavior issues, such as aggression or disobedience.

On the other hand, the research also indicated that parents’ ages had no impact on internal behavior (depression, anxiety) among children.

“Evidence points to an association between fathers’ age and autism spectrum disorders and schizophrenia, so we wanted to know if there is an association in the general population between parents’ age and common behavior problems in children, beyond the clinical diagnoses,” explains study leader Marielle Zondervan-Zwijnenburg in a release. “With respect to common behavior problems, we found no reason for future parents to worry about a harmful effect of having a child at an older age.”

For the study, researchers analyzed the behavior patterns of 32,892 Dutch children between the ages of 10-12. Problem behavior was recorded and rated by both parents, teachers, and the children themselves throughout the study. The children’s parents’ ages varied from 16-48 among mothers, and from 17-68 among fathers.

The results found that children born to older parents displayed fewer external behavior problems, according to both parental and teacher reports. Researchers say this drop in behavior issues persisted even after they accounted for socioeconomic differences among families, indicating that income level is not solely responsible for this phenomenon. Additionally, the study found that parents’ ages at the time of birth had no impact on internal behavior problems.

The study’s authors say they focused solely on external and internal behavior problems, so their findings shouldn’t be applied to other common issues among children today, such as attention or cognition problems. However, moving forward researchers would like to conduct more in-depth studies on a wider variety of issues and age groups.

“It’s possible that some of the reason why older parents have children with fewer problems like aggression is that older parents have more resources and higher levels of education,” explains study co-author Dorret Boomsma. “But it is important to note that the higher average educational level of older parents does not completely explain the decreased levels of externalizing problems in their children.”

The study is published in the scientific journal Child Development.