DUNEDIN, New Zealand — Generation Alpha is the latest cohort to grow up glued to their screens, and this may pose long-term health risks. A new study from a team of New Zealand researchers suggests watching too much television as a kid elevates their risk for future smoking and gambling disorders.

The team reached their conclusions after evaluating data from a study of children born between 1972 and 1973. The study logged weekday television viewing time collected when the kids were 5 to 15 years old. Their aim was to evaluate a potential relationship with television viewing in childhood to the risk of a substance use disorder or disordered gambling in adulthood.

People who watched excess television were more likely to meet the diagnostic criteria for substance-related disorders and disordered gambling. This was in consideration of other factors such as a child’s sex, socioeconomic factors, and results testing for childhood self-control. Along with smoking and gambling, the study findings showed a strong link between excess television watching during adolescence and a higher risk of alcohol and marijuana disorders.

Previous research shows that spending too much time with eyes glued to a TV screen can lead to poor adult health and wellbeing. But according to the study authors, this is the first time a link has been established between television viewing to potentially addictive behavior later on in life.

“Public health agencies have put great effort into advocating for safer alcohol use and safe sexual practices; similar campaigns could be used to advocate for safe screen use,” explains Bob Hancox, a professor of preventive and social medicine at the University of Otago and principal investigator of the study. “The American Academy of Pediatrics’ previous recommendation of a daily average limit of two hours of screen time may remain a reasonable guide for leisure-time screen time in children and adolescents.”

The new study is published and available to read in the International Journal of Mental Health and Addiction. 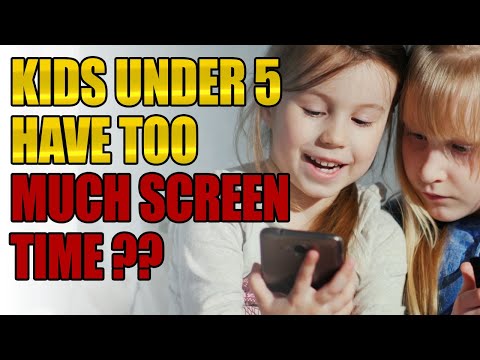