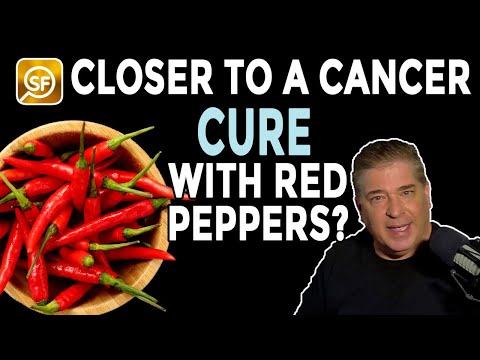 HUNTINGTON, W.Va. – It’s no secret that chili peppers give many meals their spicy kick. Now, a new study is looking at the best way to use this ingredient as a treatment for cancer. Researchers at Marshall University say capsaicin — the substance which gives chili peppers their hot and spicy taste — can also keep multiple forms of cancer from growing.

The biggest hurdle scientists have to overcome, however, is finding the best way of delivering capsaicin to patients. Researchers say their report is the first to examine sustained release formulations of capsaicin as an anti-cancer drug. These delivery methods include solid dispersion systems, liposomes, phospholipid complexes, and nanoparticles.

“This review article is the first to provide a comprehensive overview of capsaicin formulations in human cancer,” says corresponding author Dasgupta Piyali Dasgupta, Ph.D. in a university release. “Previous publications in the literature only briefly address sustained release formulations of capsaicin.”

Too hot for patients to handle?

On a positive note, the team found that capsaicin displayed an ability to significantly stifle the growth of a wide range of human cancers. Previous studies have also found that the chili pepper compound could serve as a key weapon in the fight against lung cancer.

However, the team also found giving patients capsaicin in more traditional ways (like pills) has a number of factors working against it. Along with showing a poor ability to absorb into the human body, a capsaicin pill is literally too hot for some patients to handle.

“Oral use of capsaicin is associated with unfavorable side effects such as stomach cramps, nausea, a burning sensation in the gut and gastrointestinal irritation,” says Professor of Biomedical Sciences Monica Valentovic, Ph.D. “A strategy to overcome these drawbacks is the development of different delivery systems, such as encapsulating capsaicin in long-acting sustained release drug delivery systems could allow for more consistent capsaicin levels that could be more efficient as anti-cancer agents.”

The findings appear in the journal Pharmacology & Therapeutics.