SAN DIEGO — Natural disasters that result from climate change may lead to post traumatic stress disorder (PTSD). Researchers at UC San Diego say the stress from experiencing wildfires in California is capable of causing mental problems and altered brainwaves in humans. It’s the first time scientists have found such a link to climate stress.

Cognition remained affected for up to a year after the climate event and led to greater activity in the frontal cortex, the study reveals. The findings come from a study of 725 Californians, highlighting the long-term negative impact of global warming, the team explains.

“Here, we provide an important neuro-cognitive mechanistic target for future intervention, which may serve as a complement to other socio-behavioral intervention targets,” the researcher tells SWNS.

Could climate change be as traumatic as war?

The study shows exposure to severe climate events like wildfires can have long lasting effects on cognition, particularly the ability to process information in the presence of visual interference. PTSD after combat or a violent attack has become a recognized and much-discussed phenomenon. Symptoms can include flashbacks, nightmares, and even physical sensations such as pain, sweating, nausea, or trembling.

However, the behavioral and physiological effects of experiencing severe climate stress has been unclear. Wildfires, hurricanes, and other extreme weather disasters are expected to increase in the future. A recent study revealed that global warming is driving wildfires in many regions — including areas that are usually frozen solid.

The analysis used behavioral testing and EEG (electroencephalography) brain scans to examine cognitive ability in a subset of 48 individuals six to 12 months after the Californian Camp Fire in 2018. The blaze was the deadliest and most destructive in the state’s history, claiming at least 85 lives.

Researchers used standard cognitive tests to assess the selective attention, inhibitory control, interference processing, and working memory or each participant. The team found 27 people with direct exposure to event had greater difficulty in processing sensory information from a visual scene quickly and accurately.

Problems arose when researchers surrounded the information with distracting or conflicting stimuli. Study author compared these findings to 21 peers who were not impacted by the wildfire.

Simultaneous EEG recordings revealed that those who were exposed to the wildfire also had greater activity in the frontal cortices of their brains. This indicates that they were actually putting forth more cognitive effort, and still not performing as well. These findings are similar to what doctors see in other PTSD cases.

How does climate stress affect the brain?

“In our sample, 67 percent of the individuals directly exposed to the fire reported having experienced recent trauma, while 14 percent of the indirectly exposed individuals and no non-exposed controls reported recent trauma exposure,” the team reports, according to SWNS. “Fire-exposed individuals showed significant cognitive deficits, particularly on the interference processing task and greater stimulus-evoked fronto-parietal activity as measured on this task.”

“Across all subjects, we found that stimulus-evoked activity in left frontal cortex was associated with overall improved interference processing efficiency, suggesting the increased activity observed in fire exposed individuals may reflect a compensatory increase in cortical processes associated with cognitive control,” the team adds. “To the best of our knowledge this is the first study to examine the cognitive and underlying neural impacts of recent climate trauma.”

The UC San Diego team believes that communities and mental health experts should expect to see similar stress responses and cognitive difficulties after future wildfires and severe weather events. With that in mind, they should be ready to provide proven interventions to relieve stress.

“Our study shows that climate trauma may affect cognitive and brain functions especially with regard to processing of distractions. This knowledge is useful because it will help guide our efforts to develop targeted intervention strategies,” the researchers write in a media release.

The Camp Fire covered an area of 153,336 acres, or 240 square miles, and destroyed more than 18,000 structures. Most of the damage occurred within the first four hours.

The study is published in the journal PLOS Climate. 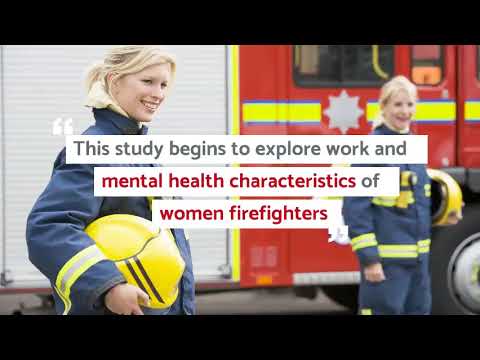