RALEIGH, N.C. — Climate change is making things easier for a destructive pest that ravages corn, tomatoes, and other crops, according to new research. Scientists at North Carolina State University say the corn earworm is the costliest pest in the United States and thrives in warmer weather.

Thanks to global warming, it’s now spreading northwards due to milder winters — becoming a potential nightmare for farmers in temperate locations. The critter feasts on a host of vegetable plants ranging from soybeans to peppers and even cotton. It costs the U.S. economy $1 billion annually in destroyed crops.

“There is a preconceived notion that pests have little overwintering success north of 40 degrees latitude,” says co-lead author Dr. Douglas Lawton in a university release.

“That may have been true in the 1930s, but now we have more data-guided evidence to ask and answer the question, ‘Where can this species actually overwinter?’”

The nocturnal insect is up to an inch long and able to move long distances. The hotter the temperature, the further it travels.

How is overwintering changing over time?

The researchers combined historical soil temperature data with long-term corn earworm monitoring. They also analyzed how the pest survives cold conditions in a lab setting to better understand how it survives underground during the colder months, known as “overwintering.”

Greater success expands the areas where the pest can live. In more northern latitudes, it increases the potential for damage. The study found 40 degrees latitude is not the best division for overwintering.

The team identified three relevant geographic zones, including a “Southern Range,” a “Northern Limits” area, and a “Transitional Zone” where the pests may or may not survive the winter.

“These areas are biologically relevant and supported through studies in the lab and the academic literature,” Lawton says.

The researchers used the three zones to show historical trends for the corn earworm. A computer model then devised a forecast for the spread of this pest across the rest of the century. Strikingly, the Southern Range has grown by three percent since 1981. Simulations show it will double in size by 2100 and shift well to the north, with the other two regions shrinking.

Even chilly locations are heating up

Minnesota, with its harsh winters, saw no corn earworm overwintering success from 1950 through 2021, the data reveals. By the end of the century, however, the predictive models show the entire state will firmly sit in the Transitional Zone.

“This is the canary in the coal mine for agricultural pests,” Huseth says. “Making sense of what’s taking place with this pest is really important for agricultural producers. We’ve shown here the element of uncertainty that can have demonstrable effects on farmers and potentially new opportunities for pesticide resistance selection. Our models visualize that change and provide touchstones for pest management.”

“Now we’d like to come up with a better forecasting tool for this pest, along with a risk-prediction model, in order to give growers better information about pest spread. Success here could reduce both costs for farmers and pesticide into the environment.” 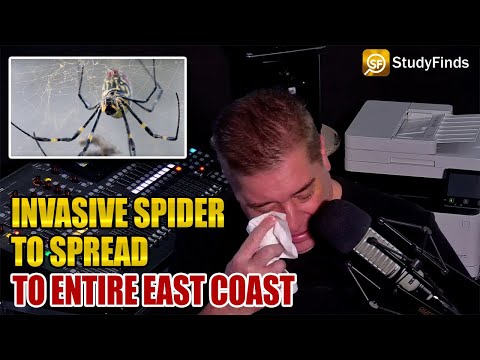