BIRMINGHAM, United Kingdom — Servers around the world could soon face a massive data storage crunch, thanks to the “mind-blowing amount” of information people store digitally every day.

Researchers from Aston University say the global datasphere — the total amount of data worldwide — will increase by 300 percent within the next three years. Currently, all of this data sits in banks of servers stored in huge warehouses (data centers).

Unfortunately, the answer to creating more space in “the cloud” is not just to build more server warehouses. The Aston team says data centers already use up 1.5 percent of the world’s electricity every year. That makes endlessly building new facilities just for massive servers an unsustainable practice.

Servers smaller than your hair!

With that in mind, scientists are now working on creating new data storage surfaces which are just five nanometers in width. That’s about 10,000 times smaller than the width of a human hair! At the same time, they’ll be able to increase data storage capacity on digital devices — since there will likely be no stopping the amount of information people store digitally every second of every day.

“Simply building new data centers without improving data storage technologies is not a viable solution,” says Dr. Matt Derry, a lecturer in chemistry within the Aston’s College of Engineering and Physical Sciences, in a university release.

“Increasingly we face the risk of a so-called data storage crunch and improved data storage solutions are imperative to keep up with the demands of the modern world.”

“We will be exploiting advanced polymer chemistry as a pathway to increase the amount of data that can be housed on storage media,” adds Dr. Amit Kumar Sarkar, a researcher in materials chemistry.

“Increasing the efficiency of existing technologies will significantly reduce the need for costly, environmentally damaging construction of new ‘mega data centers.’ The next three years will be crucial. The global datasphere is predicted to increase to 175 zettabytes, with one zettabyte being approximately equal to one billion terabytes,” Sarkar concludes.

The project to relieve the world’s impending data crisis is part of the UK Research and Innovation’s (UKRI) 2022-2027 strategy, and the United Nations’ sustainable development goals. 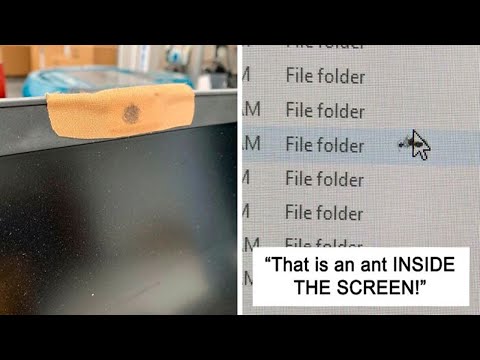 Best Steakhouse Chains In America: Top 5 Restaurants Most Recommended For The Finest Filets12 mins ago

Entrepreneurs are often feverish workaholics. So what’s their secret to avoiding burnout?33 mins ago

Best Luggage For Kids In 2023: Top 5 Children’s Suitcases Most Recommended By Experts56 mins ago