SAN ANTONIO, Texas — A protein that destroys hard-to-treat cancers has been discovered by scientists, offering hope of effective new treatments. A team from UT Health San Antonio says experiments on mice and human tissue found it is effective against the most aggressive tumors and exploits a previously undiscovered weakness in the disease.

The compound, called ERX-41, leaves healthy tissue unscathed, while targeting typically hard-to-treat tumors in the breast, pancreas, ovaries, and brain. It is one of the most promising breakthroughs to date, according to the researchers, offering hope of a “one size fits all” cancer treatment in the future.

Results were so encouraging clinical trials are expected to begin in the next few months.

“We identified a critical vulnerability in multiple cancers and have validated our findings in multiple cancer cell types and animal models,” says lead author Professor Ratna Vadlamudi in a university release.

“The range of cell lines and xenografts in which the compound has been shown to work is compelling and indicates that it is targeting a fundamental vulnerability in cancer cells.”

ERX-41 can defeat the deadliest form of cancer

Xenografts are human tumors grown in mouse models for research purposes. The findings could lead to exciting drugs for cancers that have few effective treatments. Prof. Vadlamudi’s lab staff study breast and ovarian cancer with a goal of developing small-molecule inhibitors for tumors that are resistant to current therapies.

Triple-negative tumors lack receptors for the hormone estrogen, progesterone, and human epidermal growth factor 2, and are the deadliest form of the disease. The researchers then showed ERX-41 also attacked a large number of human tumors grown from several of these cell lines in mouse models.

“The safety profile and high therapeutic index of this compound is particularly notable and bodes well for clinical translation,” Dr. Vadlamudi says.

Further tests found ERX-41 is also effective against pancreatic, brain, and ovarian tumors. They are among the most lethal to humans with few effective treatments.

“This vulnerability has a large therapeutic window, with no adverse effects either on normal cells or in mice,” Prof. Vadlamudi adds, according to a statement from SWNS. “Our study implicates a targeted strategy for solid tumors including breast, brain, pancreatic and ovarian whereby small, orally bioavailable molecules result in tumor cell death.”

The study is published in the journal Nature Cancer. 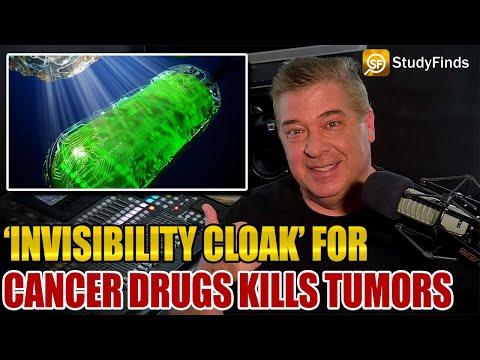 Best Car Seats In 2023: Top 5 Products Most Recommended By Safety Experts26 mins ago

Best Super Bowl Commercials Of All-Time: Top 5 Most Memorable Ads, According To Experts2 hours ago

Live near a busy road? It could lead to a common hearing problem3 hours ago