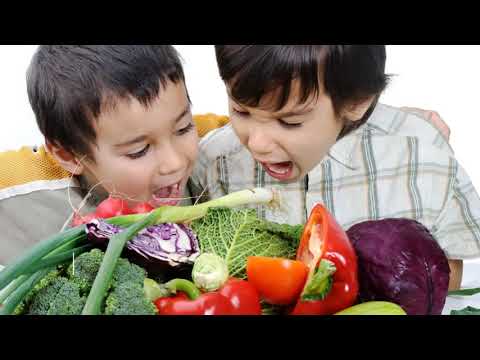 JOONDALUP, Australia — Need more convincing that you should add leafy green vegetables to your daily diet? Not only are they good for the muscles and waistline, a new study reveals they’re also good for the heart. Researchers in Australia find nitrate-rich vegetables, leafy greens and beetroot, lower blood pressure and the risk of developing heart disease.

A team from Edith Cowan University says consuming just one cup of raw leafy greens each day can result in a 26-percent lower chance of heart disease later in life. The nitrate-rich foods include spinach, broccoli, lettuce, cabbage, and kale.

Study authors examined records from over 50,000 people in Denmark, taking part in the Danish Diet, Cancer, and Health Study. These records tracked each participant’s health and dieting habits for 23 years.

The results reveal those eating the most nitrate-rich vegetables lowered their systolic blood pressure by 2.5 mm Hg. This number is the first or upper number in a blood pressure reading. It shows how much pressure someone’s blood is applying on the artery walls when the heart beats. Additionally, researchers discovered participants eating the most leafy greens had between a 12 and 26 percent lower chance of cardiovascular disease.

“Our results have shown that by simply eating one cup of raw (or half a cup of cooked) nitrate-rich vegetables each day, people may be able to significantly reduce their risk of cardiovascular disease,” Dr. Catherine Bondonno says in a university release.

“The greatest reduction in risk was for peripheral artery disease (26 percent), a type of heart disease characterized by the narrowing of blood vessels of the legs, however we also found people had a lower risk of heart attacks, strokes and heart failure.”

Supplements are not necessary

Although the dietary supplement market may be big business in many countries, including the United States, researchers say you simply don’t need them to get your fill of leafy greens.

The study finds one cup of nitrate-rich vegetables is the ideal amount to eat each day. Researchers did not find any added benefit of going over that amount when it comes to heart health.

“People don’t need to be taking supplements to boost their nitrate levels because the study showed that one cup of leafy green vegetables each day is enough to reap the benefits for heart disease,” Dr. Bondonno explains. “We did not see further benefits in people who ate higher levels of nitrate rich vegetables.”

Rather have a smoothie? Go for it!

If sitting down and chewing away on a bowl of veggies just isn’t your thing, there are other ways to get those nutrients. The study authors suggest including a cup of vegetables like spinach in a fruit smoothie.

The findings are the latest work from Edith Cowan University highlighting the benefits of leafy greens. Researchers at the school previously reported on the benefits of spinach and other leafy vegetables for muscle health. That study revealed nitrate is key nutrient which improves muscle function, especially in older women.

The study appears in the European Journal of Epidemiology.

What’s the safest seat on a plane? Unfortunately it’s the least popular one14 mins ago