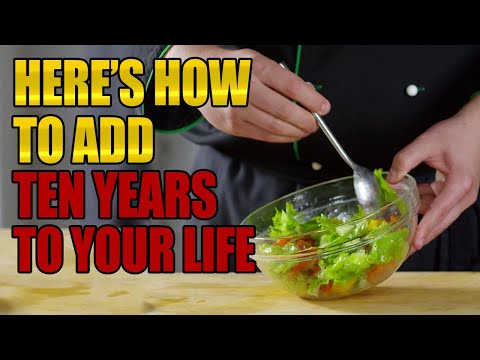 BERGEN, Norway — Switching to a healthier diet of nuts, beans, and whole grains as a young adult can help you live a decade longer, a new study on longevity reveals. A team from the University of Bergen says that healthy diet changes actually benefit people of all ages, but the earlier someone moves away from red and processed meat, the better it is in the long run.

Researcher Lars Fadnes says dietary risk factors contribute to 11 deaths and an additional 255 million years of life disrupted by disability every single year. In the new study, researchers used data from the Global Burden of Diseases study to create a model estimating the benefits to life expectancy from eating certain foods. The team has made this tool — the Food4HealthyLife calculator — publicly available online.

A longer life can boil down to your diet

The results show that if young adults in the United States move away from the traditional Western diet and start eating more healthy options, they’ll add more than a decade to their life expectancy. Specifically, starting at the age of 20, young women gained 10.7 years by avoiding the typical Western diet, which is notorious for containing high amounts of red meat, saturated fats, and refined grains. Young men gained an extra 13 years by making this dietary change!

“Understanding the relative health potential of different food groups could enable people to make feasible and significant health gains,” the study authors say in a media release. “The Food4HealthyLife calculator could be a useful tool for clinicians, policy makers, and lay-people to understand the health impact of dietary choices.”

The team found eating more legumes (such as beans and peas) added more than two years of life to young adults, while whole grains and nuts also boosted life expectancy by similar amounts.

Eating less red meat also contributed to this healthy shift, adding 1.6 years to a woman’s lifespan and 1.9 years to a man’s average life expectancy. The results were exactly the same when adults gave up processed meat at a young age.

For older adults, the study finds it’s never too late to make a positive change. For people over 60, switching from a Western diet to an optimized healthy diet added eight years to a woman’s lifespan and 8.8 years for men. At 80 years-old, both men and women gained an extra 3.4 years of life on average.

“Research until now have shown health benefits associated with separate food group or specific diet patterns but given limited information on the health impact of other diet changes. Our modeling methodology has bridged this gap,” Fadnes adds.

The findings are published in the journal PLOS Medicine.